The video of an incident went viral on social media. 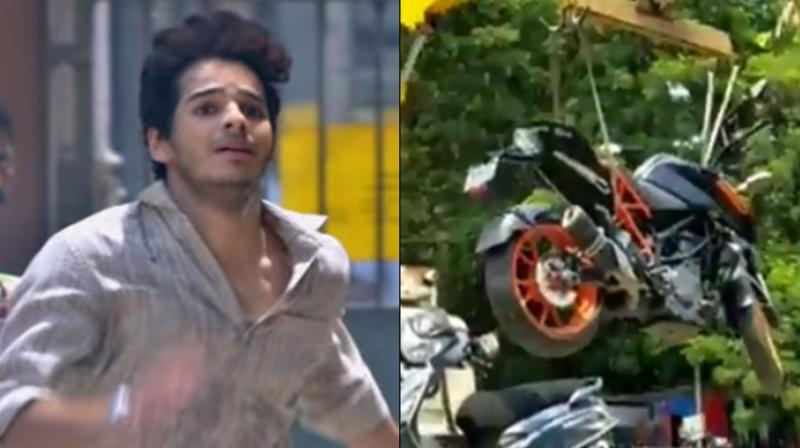 Mumbai: 'Dhadak' actor Ishaan Khatter has recently gotten into trouble for breaking major traffic rule in Bandra, Mumbai. On Sunday, the new age actor visited Bollywood celebrities' one of the favourite restaurants Bastian where he parked his bike right outside of the entry of restaurant.

However, as per SpotboyE reported, the place turned out to be the no-parking zone for which he got punished by Mumbai traffic police. Reportedly, the cops towed his bike from the no-parking area and asked the actor to pay Rs 500 fine for breaking major traffic rule.

The video of an incident went viral on social media. But Ishaan paid the fine as per law.

Not just Ishaan, earlier, Sara Ali Khan too was fined recently for riding pillion without a helmet. Meanwhile, Ishaan made his debut with Majid Majidi's Beyond The Clouds.