Her bikini pictures are already breaking the Internet. 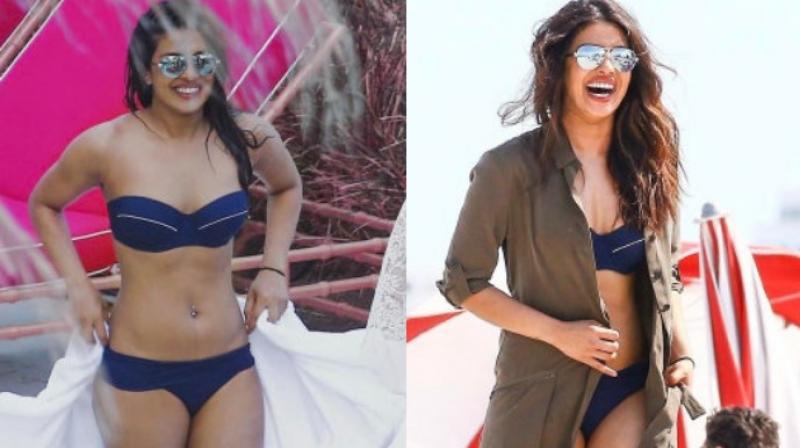 Priyanka Chopra in a bikini in Miami. (Pics: Instagram/pcourheartbeat)

Mumbai: Priyanka Chopra is soaring high with her Hollywood release ‘Baywatch’ and is busy promoting the film in Miami.

However, the actress bought some time for herself despite her tedious schedule and indulged into some fun with surfs, sand and sun.

Dressed in a strapless blue bikini top and a low-slung bottom, the actress has soared the temperatures extremely high.

However, it was her pierced belly button which raised the oomph quotient in her.

After enjoying a great time on the beach, Priyanka wore a khaaki coloured jacket over the bikini.

With her reflectors on, PeeCee flaunted her toned bikini body as she splashes around in the water.

Her bikini pictures are already breaking the Internet.

Check out for the pictures below:

Priyanka at the beach today #priyankachopra

The sexy siren was seen having a gala time with actress Adriana Lima. Don't they appear to be the new BFF's in town?

Priyanka and 🍑's 😂😂! (She was obviously trying to hide but it looks funny) :P #priyankachopra #adrianalima #baywatch #miami