Entertainment   Bollywood  15 May 2017  Their passion, honesty and integrity inspire me: Sonam on working with Hirani, Balki
Entertainment, Bollywood

Their passion, honesty and integrity inspire me: Sonam on working with Hirani, Balki

The 'Neerja' actress feels that the two acclaimed directors have got the best out of her in both the films. 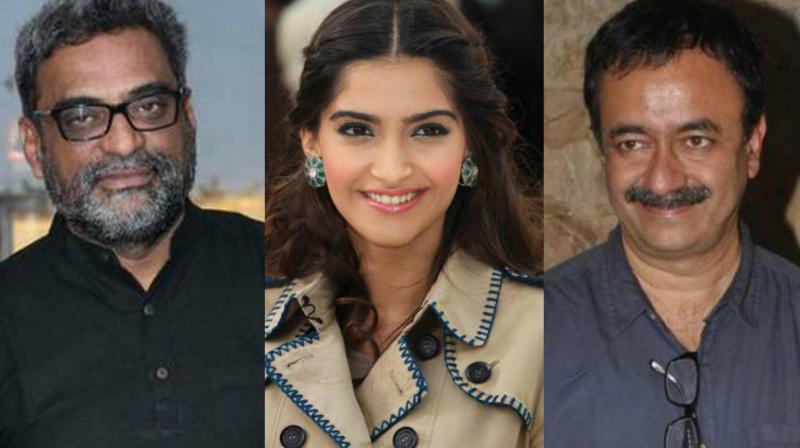 Sonam Kapoor will be working with R Balki and Rajkumar Hirani for the first time in her career.

Mumbai: Sonam Kapoor says she appreciates the fact that Akshay Kumar is touching upon socially-relevant subjects through his films.

After their first outing in Anees Bazmee's 2011 film 'Thank You', Akshay and Sonam have now collaborated in 'Padman'.

"This the second time I am working with Akshay and it was a completely different experience. I respect Akshay for doing relevant and content-driven films. As an actor, he is honest to his work and as a person he is very disciplined," Sonam told PTI.

Filmmaker R Balki is directing 'Padman,' based on the life of Tamil Nadu-based social activist Arunachalam Muruganantham, who revolutionised the concept of menstrual hygiene in rural India by creating a low-cost sanitary napkin machine.

Sonam says she feels fortunate to be working with Balki. "I feel blessed to be working Balki sir. I am going to miss him after the shoot, he is a positive and crazy person. He doesn't yell at anybody."

The 31-year-old actress has also collaborated with Rajkumar Hirani for the Sanjay Dutt biopic. Without sharing details about her role, Sonam says she gets inspired by working with such eminent filmmakers.

"The kind of films they (Balki and Hirani) have made are amazing. Their passion, honesty and integrity inspire me. I have worked with the best of directors and they have got the best out of me," she says.