For the first time in almost a decade, no Indian film entered the official selection at Cannes Film Festival. 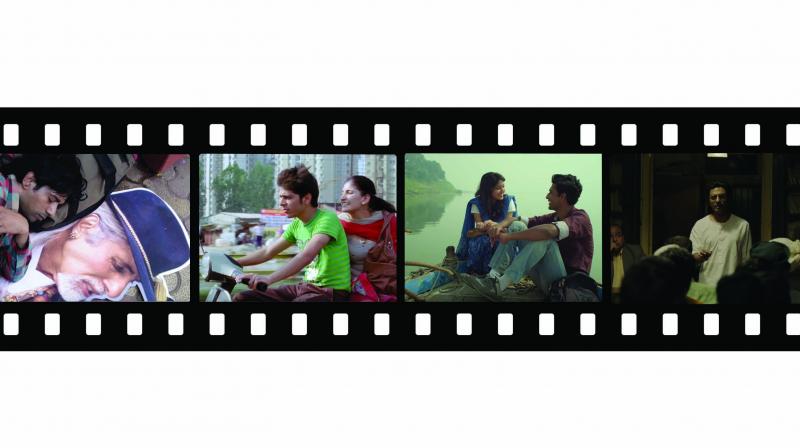 As the 72nd edition of the Cannes Film Festival kicks off, talks of Bollywood celebrities making their mark at the festival has grown louder.

As the 72nd edition of the Cannes Film Festival kicks off, talks of Bollywood celebrities making their mark at the festival has grown louder.

Twitter is abuzz with throwback red carpet looks of festival staples like Aishwarya Rai Bachchan, Sonam K Ahuja, and Deepika Padukone. Kangana Ranaut added to the buzz by hinting at her Cannes 2019 look. However, there is a deafening silence on one front — Indian films at the festival. For the first time in almost a decade, no Indian film is part of the official selection.

Usually, Indian film industry has a film or two as part of the main event by making it to various categories like ‘Un Certain Regard’, ‘Out of Competition’, ‘Special Screenings’, ‘Cannes Classics’ or ‘Cinefondation’.

Last year, Nandita Das’ Manto featured in the ‘Un Certain Regard section’, while Rohena Gera’s Sir was part of ‘International Critics’ Week’. But this year, we have drawn a blank. It seems a bit ironical that the world’s largest movie-producing industry has nothing of note to contribute to the festival, except for celebrities and their splendid outfits.

However, Director Rima Das, whose film, Village Rockstars was India’s official entry to the 91st Academy Awards, feels it’s more a case of bad timing than sloppy work-ethic or filmmaking. “I don’t think it is a big cause for concern if Indian films are not in competition categories at Cannes this year. There are quite a few Indian films that are doing well at other prestigious film festivals like Toronto, Venice, and Berlin. I don’t think a filmmaker who wants their film to be part of Cannes will miss the deadline. I just think it’s about having different sensibilities,” she says.

Vasan Bala, whose Peddlers premiered at ‘Cannes Critics’ Week 2012’ and Mard Ko Dard Nahi Hota screened at Toronto Film Festival’s ‘Midnight Madness’ section, reiterates the opinion that a dry year at Cannes doesn’t signal deteriorating cinema. In fact, he believes because of Bollywood’s self-sustaining nature, films don’t need to go to Cannes to do well. “If you make a film that’s ideal for the Cannes, but won’t work in your domestic market, then it makes sense to make sure you go to Cannes. But if a filmmaker doesn’t want his film to be part of Cannes, it doesn’t mean he is making bad films,” he argues, adding, performance or non-performance of a film must not be equated with the country’s performance. “Cannes  is one of the most prestigious platforms but that’s for filmmakers. Let’s not make everything about ‘India’, because the award is for the individual who has put in the effort. It’s no Olympics; it’s filmmaking, a very personal endeavour,” he argues vehemently.

But there are those who feel that the dearth of Indian films at Cannes points towards bigger problems within the industry.

Payal Kapadia, whose Afternoon Clouds became the only Indian film to compete in the ‘Cinéfondation’ category at the 70th Cannes Film Festival, underscores the lack of representation of regional cinema, while elaborating on constraints faced by independent filmmakers. “I think it’s really sad we produce so many non-Bollywood films, especially regional films and still don’t have a single entry at Cannes this year. As independent filmmakers, there are just not enough support systems in place. There is hardly any funding or distribution support for independent cinema. To compete with the filmmakers from the rest of the world, we need producers who are willing to take risks and support filmmakers who are trying to experiment with cinematic form,” she says. Neeraj Ghaywan, whose film Masaan was part of the ‘Un Certain Regard’ section in 2014, feels, “Independent cinema is slowly taking a hit” and there is a need to “open up more avenues for films to speak a global language.”

Guneet Monga, co-producer of the Oscar-winning film Period. End of Sentence., feels co-productions can help bring a global quality to the script.

Veteran film critic, Rangan Baradwaj believes that omission of Indian films at Cannes and its limited representation at the festival over the past couple of years, is partly because of the changing nature of Indian cinema.

Recalling how the masters of parallel cinema often found their films part of the official selection, he says, “Cannes is an art film festival. In the heydays of art films in India, Satyajit Ray, Mrinal Sen and others found their films at festivals because they were using a certain language and style of cinema. Maybe we don't make those kinds of films anymore.”