Entertainment   Bollywood  15 May 2019  I prefer eating Kebab than being a Nawab: Saif Ali Khan
Entertainment, Bollywood

I prefer eating Kebab than being a Nawab: Saif Ali Khan

Saif Ali Khan gave viewers a taste of his biting wit as he answered tricky questions put forward by netizens during a chat show. 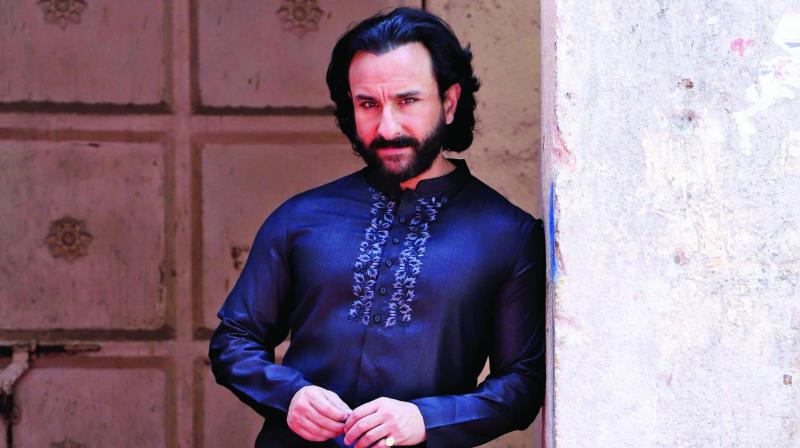 The only Nawab of Bollywood, Saif Ali Khan, maintains a relatively low profile off screen. Despite being one of the most versatile stars of the last two decades, with his experimental roles, Saif Ali Khan has kept himself away from social media. However, that doesn’t spare him from trolls or discussion over him on the Internet.

In a candid chit chat on Arbaaz Khan’s show where he makes celebs read the mean tweets and gets them to react on it, Saif was asked to respond to a question about how he feels to be a nawab and hold on to his rotten ‘hukkumat’. The Baazaar actor answered, “I have never been interested in being a nawab. I prefer eating kebabs.” Not just that, but the actor was also asked about his attire in Sonam Kapoor’s wedding in which he was wearing a simple kurta pyjama, to which he answered, “It was her wedding, not mine.”

Though the actor appears to be a calm and composed, Saif certainly knows how to nail the game with wit.

On the work front, Saif is all set for the second season of the popular show Sacred Games on Netflix. He is also busy shooting for Taanaji: The Unsung Warrior, which also stars Ajay Devgn.

The Hum Tum actor will be reuniting with Tabu in Jawaani Jaaneman after Hum Saath Saath Hain and Biwi No 1 in 1990.