Even after a prolonged leg-injury, the actor took out time for his fans. 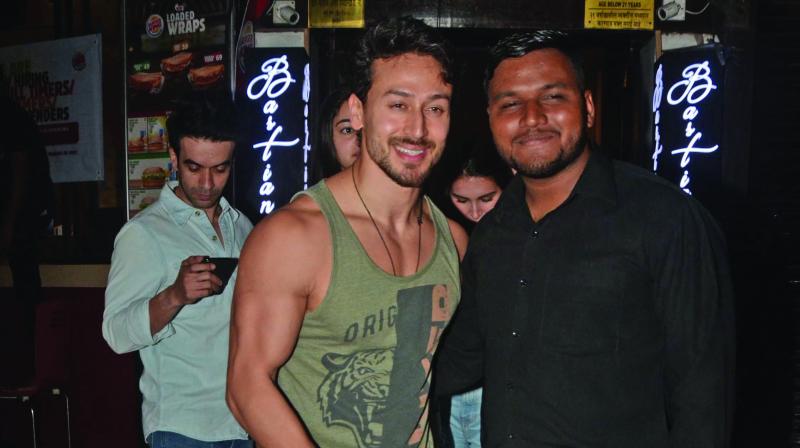 Even after a prolonged leg-injury, the actor took out time for his fans.

After an injury to his leg, Tiger Shroff has been limping for the past few days. However, that didn’t stop him from attending director Punit Malhotra’s birthday party and obliging for selfies with his fans.

After getting down from his car, he limped his way through to meet Punit, but the paparazzi got him to pose. As he could not walk briskly, a sea of fans took advantage of the situation  and caught up with him.

“But he was nice to everyone and posed for pictures. For a certain fan, unable to click a selfie properly Tiger held the phone and showed him how to click one. He is always at ease whenever he walks alone and is never in a hurry. This time, he was ultra-gracious,” says a paparazzo.

Tiger has also been promoting his last release with an injured leg, which resulted during the promotions of his film. Tiger was to get well in a week’s time, but looks like the hectic promotions have delayed the healing.