The reports further suggest that visiting his favourite food joints and a plan to watch a Broadway play with his pals is also on cards for Vicky. 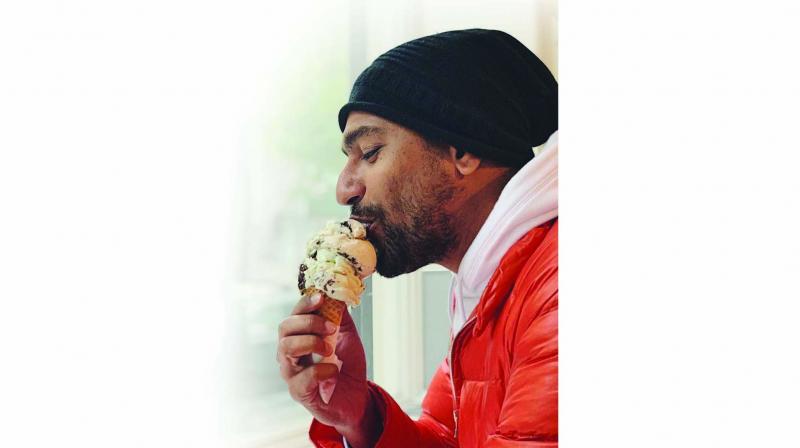 As he turns a year older tomorrow, the actor of the hour Vicky Kaushal has some grand plans for his 31st birthday. After having delivered hits like Raazi, Sanju, Manmarziyaan and Uri: The Surgical Strike, and leaving his fans and audience spell bound with his griping performances, the actor is on a two week birthday celebration break in New York.

If various reports are to be believed, Vicky has rented a villa — two hours drive away from the main city – where he plans to relax with his college friends arriving from Boston and New Jersey.

The reports further suggest that visiting his favourite food joints and a plan to watch a Broadway play with his pals is also on cards for Vicky. Taking to his Instagram, the actor has been posting pictures and stories from his vacation.

While he has been relishing ice-creams from various ice-cream parlours and burger joints of the city, the actor last night spent a musical evening listening to some jazz music at the Smalls Jazz Club. He also gave a glimpse of his villa overlooking the New York City, enjoying the 9-degree temperature.

And soon after his birthday, Vicky will watch a Broadway show, reportedly. On the work front, Vicky will resume shooting for Udham Singh biopic in Russia.