Raj Kumar also refutes rumours of Raid 2 being planned and says, I would love to work with Ajay. We did talk about something but it is not Raid 2. 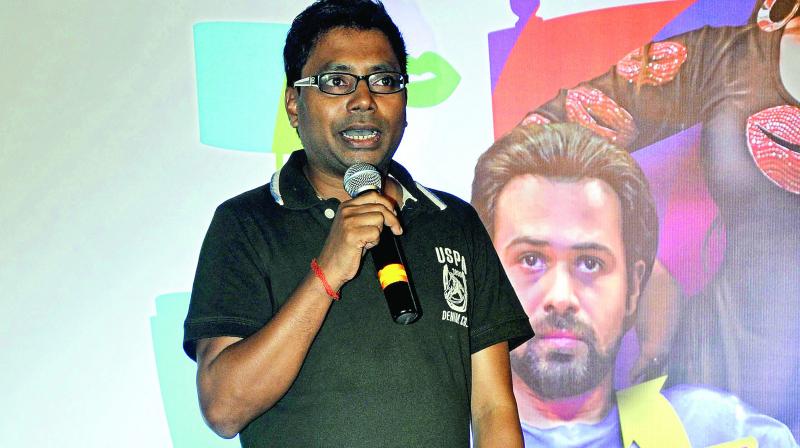 As Raj Kumar Gupta gears up for his upcoming release India’s Most Wanted, he explains why he consciously keeps certain commercial aspects out of his films. “Whenever I direct films, I always try to depict the soul of the story honestly. There wasn’t any pressure on me to induce songs and dance sequences as the plot does not demand it. I attempted to show the reality in my story and there wasn’t a need for commercial songs but I have included whatever works,” he says.

The director who has helmed films such as  No one killed Jessica, Ghanchakkar and Raid has always made sure that the female characters in his films are notable, though he admits it was never his intention or choice when it comes to the script. “I don’t chose films keeping in mind whether it is a man or a woman. I have to find the story interesting and inspiring and the audience has to like it. When I made No One Killed Jessica, my approach was ‘there are two leads in the film. How do I take it forward?’  In Ghanchkkar Vidya’s character was of an opinionated housewife. Though the film wasn’t a box-office hit, it later gained popularity.”

Raj Kumar also refutes rumours of Raid 2 being planned and says, “I would love to work with Ajay. We did talk about something but it is not Raid 2. Usually, when we sit together, we do talk about a few things. Working with Ajay Devgan was really great and we shall surely unite in future.” After India’s Most Wanted, Raj Kumar will get busy in putting the final touches to his script on Ravindra Kaushik’s biopic. “He was a very handsome man who was also an actor and a raw agent. He looked like Vinod Khanna. I am still penning the script and yet to finalise the cast.”