Tubelight won’t switch on in Pakistan 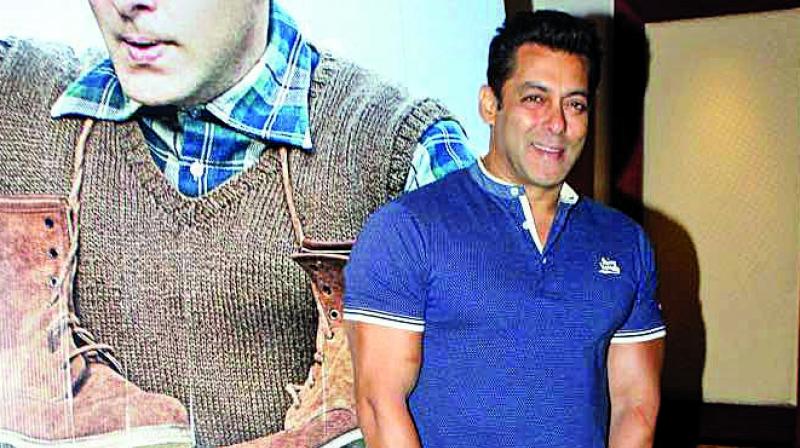 It is now official. Salman Khan’s Tubelight will not release in Pakistan because no local distributor is willing to acquire the film’s rights for release out there. Apparently, it is Salman’s extraordinary popularity among Pakistani audiences that has proved a deterrent. According to the President of the Indian Film Exporters Association, Hirachand Dand, local distributors in Pakistan are hesitant to acquire the movie because two prominent local films are scheduled for an Eid release, and the makers do not want any competition, especially in the form of a Salman starrer.

“Salman has millions of fans in Pakistan and the filmmakers there are in no mood to divide the audience. They are determined to protect the interests of their films starring big Pakistani names,” says a source.

There is an enormous amount of money riding on the two big local releases scheduled for Eid, one of them is Yalghaar, touted to be Pakistan’s first ever international film, budgeted at Rs 260 million and the other being Shor Sharaba. Interestingly, Yalghaar is based on the sacrifices of the people and armed forces fighting terrorism, with premier shows being scheduled in USA, UK and China.

According to Dand, there was initial speculation that Tubelight would have a delayed release after two weeks in Pakistan, but that possibility is now likely to be ruled out due to the price factor as well.

“The distributors are in no mood to pay a princely sum for a Salman film if it is released two weeks later since it would have released globally by then. The business will also have reduced by 30 percent. Also, these days pirated versions of films invariably get leaked online within a week of their release,” he says, adding that a majority of Salman starrers, including his last release, Sultan, released on the same day in Pakistan.

Veteran Pakistan distributor Amjad Rashi, who last released Baahubali and Hindi Medium in Pakistan, confirmed that no distributor including the regular local distributor of Yashraj, Geo Films, had come forward to acquire the film. However, he attributed it to entirely different factors, “I am not the right person to comment, but I doubt whether the movie will get clearance considering its war subject. Salman is a big star in Pakistan, but the film could also face other hurdles,” he said.  A spokesperson for Geo refused to comment, stating that there was no confirmation on whether or not the film would release in Pakistan.