Watch: Salman is adorable as he pulls pranks in Tubelight first dialogue promo

Matin Rey Tangu is just a silent observer in Salman's mischiefs, but still has to run away after his revelations. 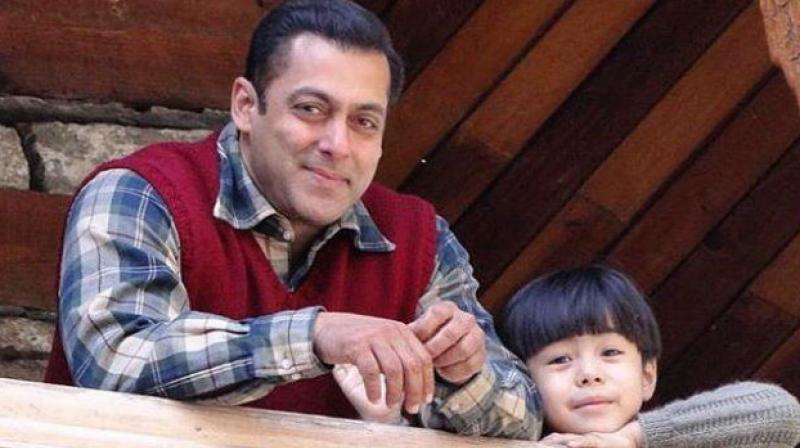 Salman Khan and Matin Rey Tangu on the sets of 'Tubelight.'

Mumbai: Salman Khan and his brother Sohail Khan's real-life bond has translated beautifully on the big screen too in their upcoming film ‘Tubelight’ where they are playing brothers again.

The teaser, trailer and all the three songs released till now had thrown light on this close relationship between the two.

While there were glimpses of Salman’s mischievous side in the trailer, the first dialogue promo of the film, released on Thursday, for the first time actually brings out this naughty side of his character.

Salman, who plays a man child in the film, is adorable as he seems to be apologising for pouring water in a teacher’s bag, but actually shocks him by saying it was urine.

He also pulls a fast one on a priest by saying that his revelation about god drinking milk on its own was false and calling himself a ‘little boy’, he confesses that it was him.

Matin Rey Tangu is just a silent observer in Salman's mischiefs, but still has to run away when the teacher and the priest run after them.

‘Tubelight’, directed by Kabir Khan, is based on the film ‘Little Boy’ and is gearing up for release on June 23.