Dia Mirza is back in the game

After a six-year break, Dia Mirza returns to the big screen as Manyata in Sanju and she’s thrilled to be back where she belongs. 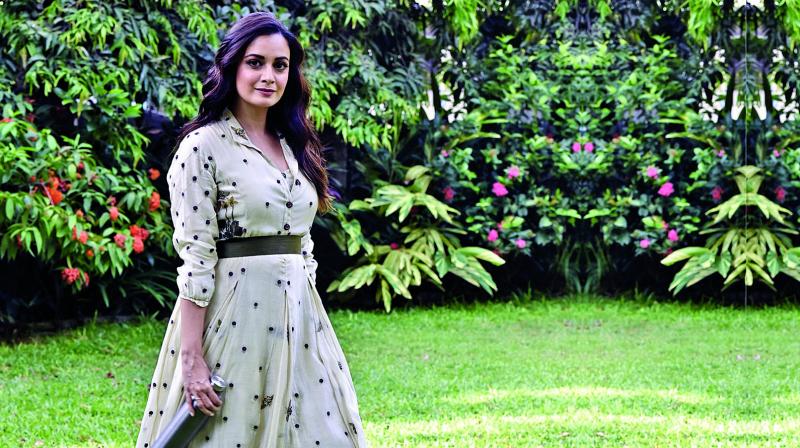 Are you hoping to make a comeback with Sanju?
This is my first film in six years, so you can call it my second innings. This is also my first film after marriage. But once an actor, always an actor!

How was the experience of facing the camera after a gap?
I was petrified to face the camera after six years. But Raju ji is a great friend and we share a good bond. So I had an idea about the script as he was writing it. And we would even sit down and discuss the script.

How do you go about choosing films?
I started working in films as soon as I turned into an adult. It took me time to understand the environment but the support of my family helped. But I depended mostly on my managers and they told me to keep working. So it’s with this idea in mind that I kept picking scripts.

Did you always have your eye on production?
I learned a lot while acting
and I decided to use these skills in production. I cast my contemporaries in Bobby Jasoos. I think that’s when people from the industry felt I wasn't keen on
acting anymore.

Can you share an experience with a fan that had an impact on you?
At the airport, a security personnel who was frisking me asked me ‘Ma’am aapne kaam karna chhod diya hai kya?’ (Have you stopped working in films?) That made me feel really nostalgic and sad. I do a little bit of social work and that keeps me engaged. But I don’t know anything other than cinema. I will now tell all my fans to come and watch Sanju. I still get messages from fans. I feel touched when strangers come and say they want to watch me in more films.

How supportive has your husband been of your career?
Sahil has always been my best friend. We were friends for seven years before we got married. He has always told me to choose the films that I like. His support means a lot to me. We are great friends even now and I hope it goes on this way.

What is working with Ranbir Kapoor like?
Ranbir is a cool person with an incredible temperament.  He’s the first one on the set and the last to leave.  Despite all the prosthetics and the heat, he never showed any irritation. He gives his 100% to his work.

Do you miss Hyderabad?
I definitely miss Hyderabad. My childhood memories from this lovely city still remain. I’ve been living in Mumbai for 17 years now. Dad is no more so my Mom lives with me too. During the making of Bobby Jasoos, I’d visited the city.

What are your future plans?
Our production house is collaborating with a few others. We are planning a digital web series and working on ads. I keep pushing Sahil to take lead. Sahil always says, ‘You work for the world and let me make some money’.