Hrithik Vs Tiger title to be out soon: Vaani Kapoor

The actress feels blessed being a part of the YRF biggie Shamshera, which stars Ranbir Kapoor and Sanjay Dutt. 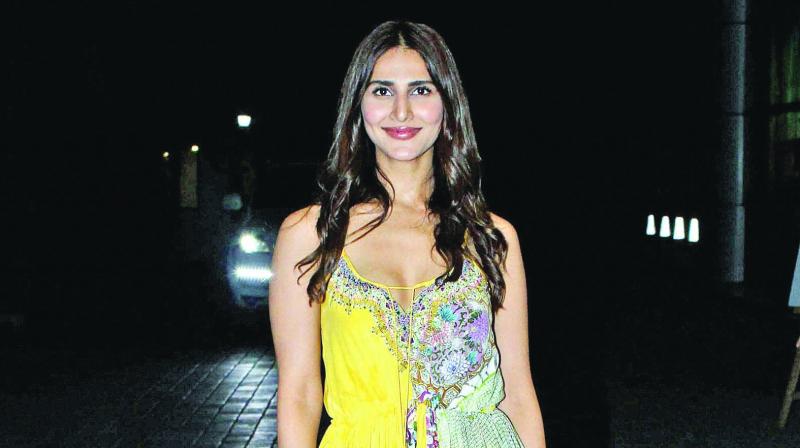 Vaani Kapoor made her debut in the Sushant Singh Rajput-starrer Shudh Desi Romance, followed by Ranveer Singh-starrer Befikre. And now after only two releases in six years, the actress is readying for two more, back-to-back releases. While one is the untitled Hrithik Vs Tiger film, the other is Shamshera.

The actress also reveals that the title for Hrithik Vs Tiger film has been finalised. There has been a lot of curiosity over the title of the film, as it has still been untitled and the release is less than three months away. “The title of the film should be out soon. In fact, very, very soon. As for my other film Shamshera, we are in the midst of the shoot. We should be done this year and out for release next year,” she asserts.

The actress feels blessed being a part of the YRF biggie Shamshera, which stars Ranbir Kapoor and Sanjay Dutt. “It is a big film. I am very fortunate to work with such talented people. Karan Malhotra (director) has put a lot of faith in me,” she says.

Vaani is also a self-proclaimed foodie. “I love khaana (food). I eat everything from North Indian to South Indian to Chinese to Japanese,” she says.

Having said that, the actress has to make up for her indulgence in the gym. “I have to work out for an hour and a half to two in the gym every day. I am not someone who is blessed naturally to be fit and not having to work out too much,” she adds.