The film is likely to be directed by Pradeep Ranganathan, who directed the original Tamil film. 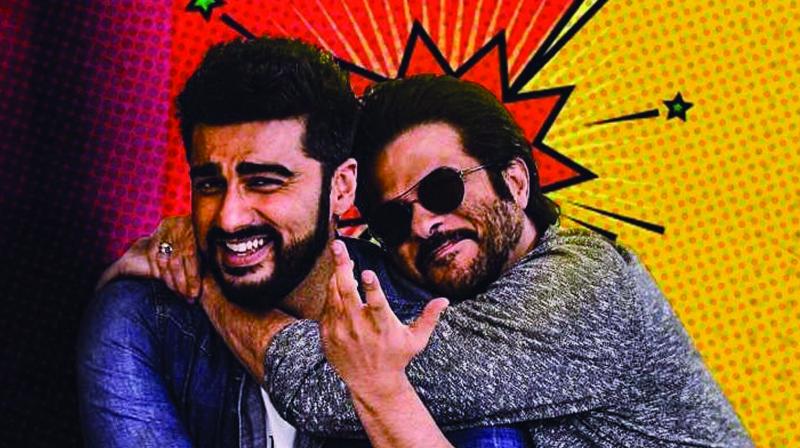 With Arjun’s films not doing so well, the producer will do two back-to-back films for his son, including a Hindi remake of Tamil hit Comali.

With his recent films not doing well, Arjun Kapoor has his producer-father Boney Kapoor stepping in with some urgent remedial moves. Boney will now produce two back-to-back films for his son, the first being the Hindi remake of the Tamil hit Comali, where Arjun will play a man who wakes up from a prolonged state of coma to a world that has changed beyond recognition. The film is likely to be directed by Pradeep Ranganathan, who directed the original Tamil film.

But it is the other project — a Hindi remake of the Telugu hit F2, a comedy about two husbands from different generations trying to cope with their wives — that is of special interest. Anil Kapoor is expected to join Arjun in F2. Telugu superstar Venkatesh had played the protagonist in the original, while Varun Tej was cast in the role that Arjun will now take over.

“I’ve always done the maximum number of remakes from Tamil-Telugu into Hindi. These two projects really excite me, and not just because my son is in them. They are subjects that have a widespread appeal. We intend to remake them in several languages, though not simultaneously. We’ll first do the Hindi remake. Then in other languages,” Boney says about the film.