The director is so busy working on two films with Salman Khan that he doesn’t find time to be with his children. 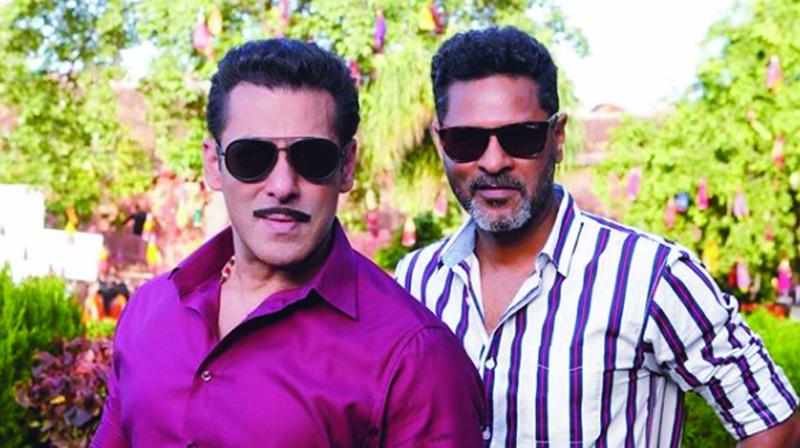 Prabhu, who has been a favourite of Salman’s ever since they worked together in the 2009 blockbuster Wanted, says Dabangg 3 is going to please the Salmaniacs. (Photo: Instagram: @beingsalmankhan)

Prabhudheva’s life in a blur of activity lately — He has just completed directing Salman Khan in Dabangg 3, and has already plunged into another project with him for the same production house (Salman Khan Films).

Salman plays a cop in both the films, which Prabhudeva reveals has been a challenge. While on a 2-day break in Chennai, the director said: “It has to be a completely different character, otherwise audiences will say we are repeating. We are working on it. The target is Eid and we will make it on time. I work fast,” he shares.

Prabhu, who has been a favourite of Salman’s ever since they worked together in the 2009 blockbuster Wanted, says Dabangg 3 is going to please the Salmaniacs. “It is a typical Salman Khan film. Doing a Dabangg film was a challenge to me, as I was new to the Dabangg universe. Of course, I had seen both the earlier films, so I made an effort to get into the groove. Luckily for me, I didn’t fall flat.”

Because of the double commitment, the dancer-turned-actor-turned-director doesn’t get to spend much time with his children. “I hardly get time with them. I enjoy working and I need to work to ensure their future. But I also need time to be with them,” he concludes.