The original by Mani Ratnam had starred Dulquer Salmaan and Nithya Menen. 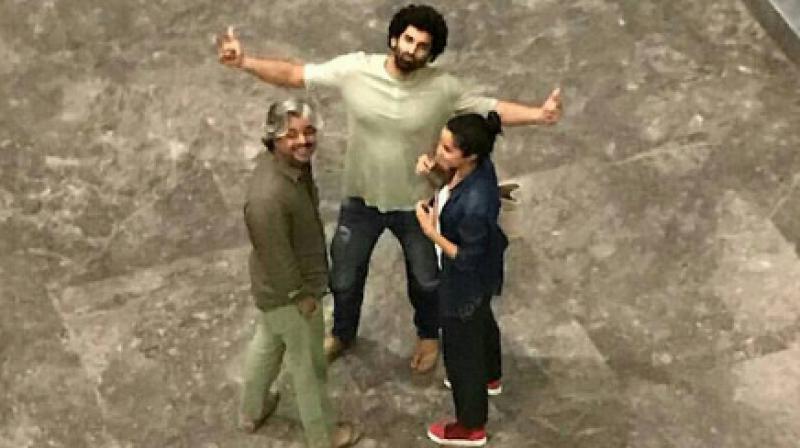 With Shaad teasing his followers with the snap, can a teaser be expected anytime soon?

Mumbai: Mani Ratnam had managed to touch a chord with the youth when he made his highly contemporary 'OK Kanmani,' bigtime.

The AR Rahman musical, which had starred south superstar Mammootty's son, Dulquer Salmaan and Nithya Menen had been a huge hit down south.

When Shaad Ali, who thinks of Mani as a mentor and has always been a trusted confidante, often assisting the veteran, despite having ventured into full-fledged filmmaking, himself, decided to remake the film in Hindi, the excitement levels were bound to soar.

The Hindi remake, also an ARR musical, stars Aditya Roy Kapur and Shraddha Kapoor, who allegedly were once a couple, themselves.

The film, which is expected to release in January, 2017, is amongst the highly anticipated romantic dramas in Bollywood.

Shaad took to Instagram to share a behind-the-scenes snap from the film's sets and the two protagonists seem to have gotten into the skin of their characters quite aptly. 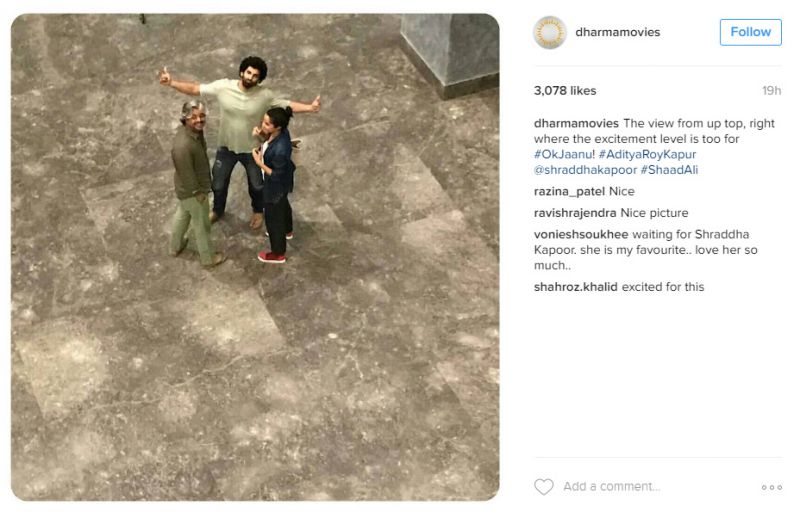 The first still from the film, which had been released in June, had also been intensely scintillating. 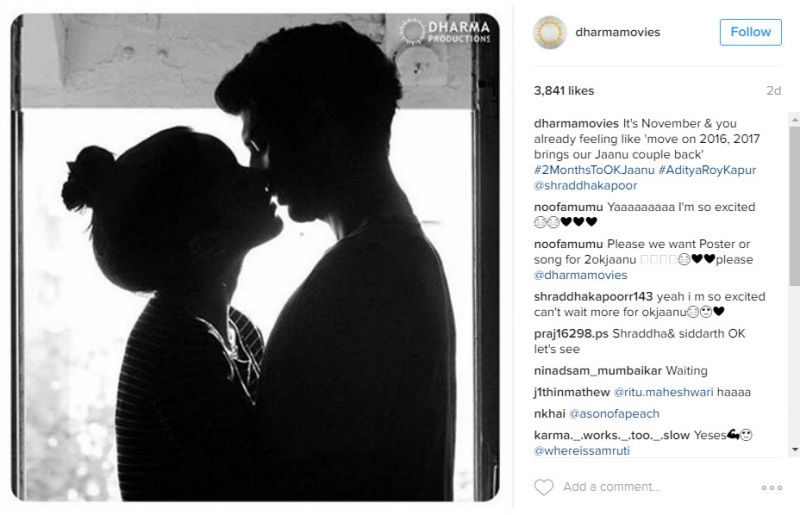 The fact that Aditya and Shraddha are re-uniting after their spectacularly successful pairing in Mohit Suri's 'Aashiqui 2,' also goes well for the film.

With Shaad teasing his followers with the snap, can a teaser be expected anytime soon?