Entertainment   Bollywood  15 Nov 2016  This is what Big B has to say about Aishwarya's role in ADHM
Entertainment, Bollywood 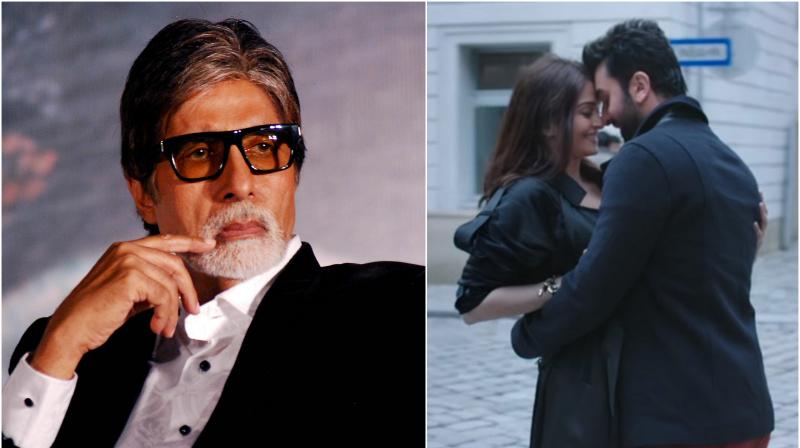 Aishwarya was praised for her bold sensual performance in the film.

Mumbai: After a lot of controversy and hassle, Karan Johar’s ‘Ae Dil Hai Mushkil’ finally hit the theatres on October, 28 and went ahead to become his and film's leading lady, Aishwarya's first film to enter Rs 100 crore club.

Not only the maker but the film’s leading stars Ranbir Kapoor, Anushka Sharma and Aishwarya Rai Bachchan also earned a lot of praise from their fans and people from B-Town. Especially Aishwarya, who was showered with compliments for perfectly portraying the role of a liberal sensual poetess Saba.

As Aishwarya’s bold character grabbed eyeballs, there were also several rumours that the entire Bachchan khandaan not only kept away from the noise surrounding the film but also gave it a miss. The reports further revealed that Amitabh and Jaya weren’t too happy with Aishwarya's steamy scenes with Ranbir Kapoor.

At the inauguration ceremony, the actor heaped praises at his daughter-in-law by saying that her role in KJo’s ‘Ae Dil Hai Mushkil’ has turned the tables on men.

“Very recently we saw a liberated and a divorced poetess Saba in Karan Johar’s Ae Dil Hai Mushkil who turned the tables irrevocably on men when she told her lover ‘Mein kisiki zaroort nahi, khawish bana chahti hoon (I don’t want someone to need me, I want him desire me),” Big B said.