It wasn't easy for Kangana Ranaut to play the character of Julia in her upcoming film, 'Rangoon' 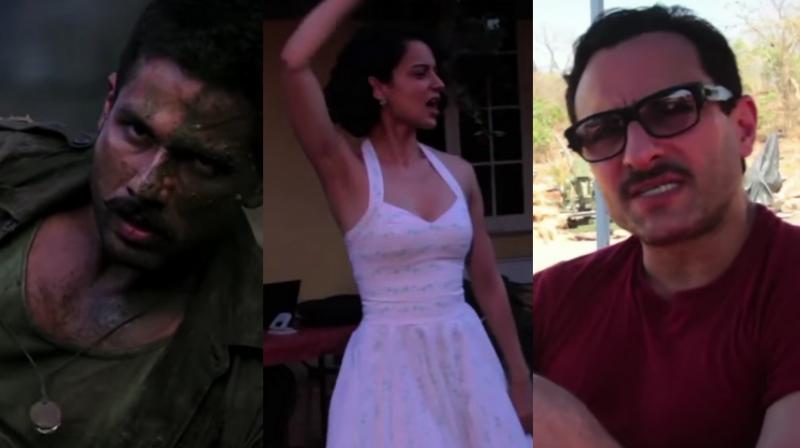 Mumbai: After releasing the trailer and a melodious soundtrack of their gritty film, 'Rangoon', the makers have released another video which gives its fans a sneak-peak into what went behind the camera. The movie stars Saif Ali Khan, Kangana Ranaut and Shahid Kapoor in primary roles.

Vishal Bhardwaj has always managed to deliver films that are visually appealing and by looking at the grey content of his latest film, 'Rangoon', the man has yet again proven he is one of the best. Kangana, who is working first time with Vishal, spoke about her character.

“Julia has been extremely challenging and very testing to do, physically, emotionally, mentally but gratifying,” Kangana said.

Actors Shahid and Saif, who have previously worked with Vishal, also shared their experience working in the movie.

Directed by Vishal Bhardwaj, 'Rangoon' will be releasing on February 24.