Entertainment   Bollywood  16 Jan 2018  Akshay Kumar never held a pad, got to know about it in the last two years
Entertainment, Bollywood

Akshay Kumar never held a pad, got to know about it in the last two years 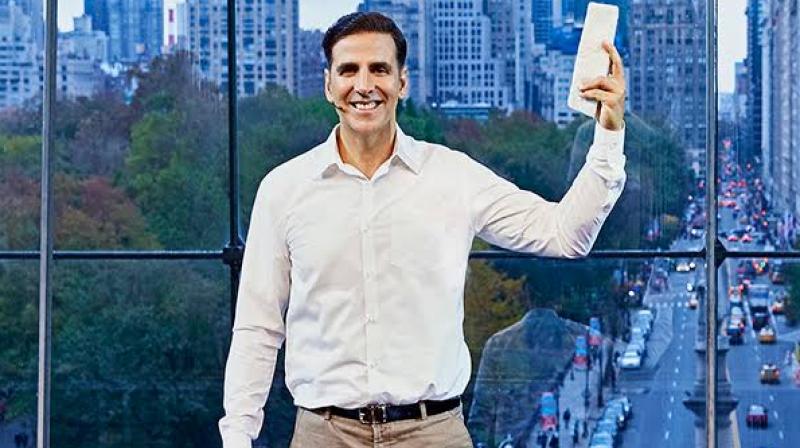 Mumbai: Akshay Kumar has turned ‘Padman’ for his next, but did you know that the superstar himself was unaware about menstruation and pads for a long time?

“I learnt about menstruation only when I was 19-20. I never held a pad in my hand. Nobody in my family asked me to buy sanitary napkin and it’s only in the last two years that I came to know about it in great detail. I have now learnt that menstruating women are considered ritually impure and polluted, and they are often isolated as untouchables. That they can’t touch pickles, enter kitchen, or go to temples, wash their hair. Then, too many girls end up dropping out of school because they don’t have supplies to manage their periods,” Akshay told Firstpost.com.

When asked about his son, Aarav’s impression on the film’s subject, Akshay said that he and his wife practice what they preach. “His mother has explained everything to him. Nothing is hidden in our family. Aarav knows. I am not living a double standard life that I am talking to people about it but I have hidden it from my own son,” he said.

Prior to this, Akshay worked in another film on social issue, which was ‘Toilet: Ek Prem Katha’ that released last year. “I can say from my experience that when I did ‘Toilet: Ek Prem Katha’, it was like entering a dangerous zone but the film brought a lot of changes in society. I am already victorious with millions and millions of people talking about ‘Padman’ on social media, men discussing with other men and asking each other whether they watched the ‘Padman’ trailer and that it talks about sanitary pads. I am glad they are talking, they should know. When we started making Toilet..., there was 62 per cent open defecation and post release, it is 33 per cent. So I presume change happened in that time span. So, from 82 per cent (percentage of women not using sanitary napkins) if that number goes down by even four to five percent, it will bring a big change,” he added.