It was god's blessing that Vidya backed out of Kamala Das biopic: Director Kamal

The director says that had Vidya played the role instead of Manju Warrier, sexuality would have crept in. 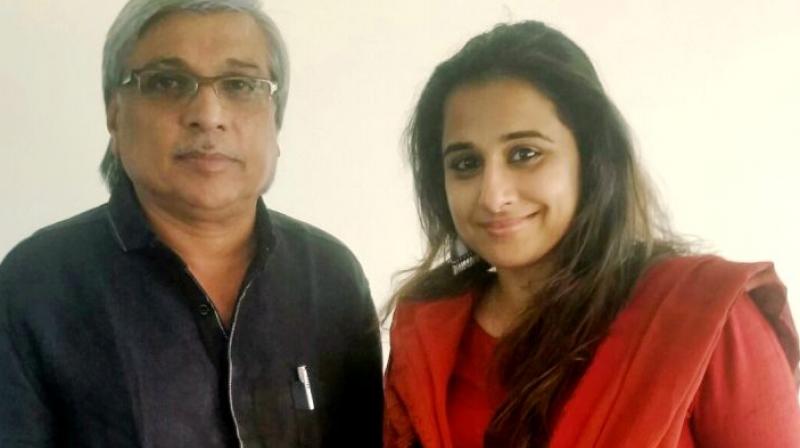 Mumbai: It wouldn't be wrong to call Vidya Balan a queen of biopics, having played  South actress Silk Smitha in ‘The Dirty Picture’ or gearing up for play Indira Gandhi now.

Not just that, the actress has also been associated with other biopics for backing out of them, one of yesteryear actress Meena Kumari and the other on poet Kamala Das.

The first look of the film was shared on social media recently, with Manju looking convincing as the English poet-writer from Kerala.

Kamal, who is helming the film, unlike the clichéd response of ‘things didn’t work’ with Vidya, is in fact, happy about the actress backing out of the film.

"Had she (Vidya) played the role, sexuality would have crept in. This is something I didn't pay attention when I initially approached her. Madhavikutty was known for writing boldly about female sexuality, which is still considered a taboo subject," Kamal told Malayalam news portal Azhimukham.

He added, "It was god's blessing that Vidya backed out of the project. The Madhavikutty Manju has brought to life is very different from the Madhavikutty I had in mind for Vidya. Manju just took two days to transform into the character.”

Vidya's hesitation over the film reportedly stems from alleged threats against her over the collaboration, following Kamal's row with BJP workers regarding the playing of the National Anthem during International Film Festival of Kerala.

We wonder if it’s just a case of sour grapes for Kamal.