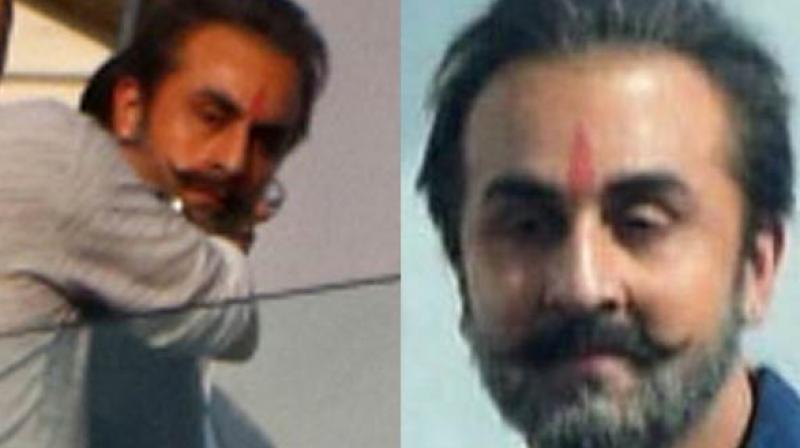 Mumbai: Ranbir Kapoor's big release Dutt biopic has created buzz ever since it went on floors. The expectations from this Rajkumar Hirani directorial have always been high because of the kind of calibre this director carries. Sanjay Dutt’s life controversies also added to the excitement of unravel and Ranbir carrying off Sanjay Dutt’s look perfectly has just been a topping on the cake.

But Ranbir has some hard luck in movies at the moment. He hasn’t been able to deliver one hit even with the best of directors (Anurag Kashyap for ‘Bombay Velvet’, Imtiaz Ali for ‘Tamasha’ and Karan Johar for ‘Ae Dil Hai Mushkil’). In fact his last movie ‘Jagga Jasoos’ was the first time the actor ventured into production, but that film too failed to make much noise at the Box Office, again despite it being his ‘Barfi’ director Anurag Basu’s film. So the actor seems to be nervous and for reason validated.

If sources are to be believed then Ranbir has already shown the rushes of the film to some of his very close friends (Karan Johar is one of them) to get a feedback from them, and apparently they've all given a positive feedback about both, the film and Ranbir's performance.

Sources also add that the film is unexpectedly hilarious and people are going to be shocked and laugh at the same time. “They will discover truths about Sanju's younger days too in the film,” says the source.