Salman Khan is having trouble these days because the actor has received death threats. 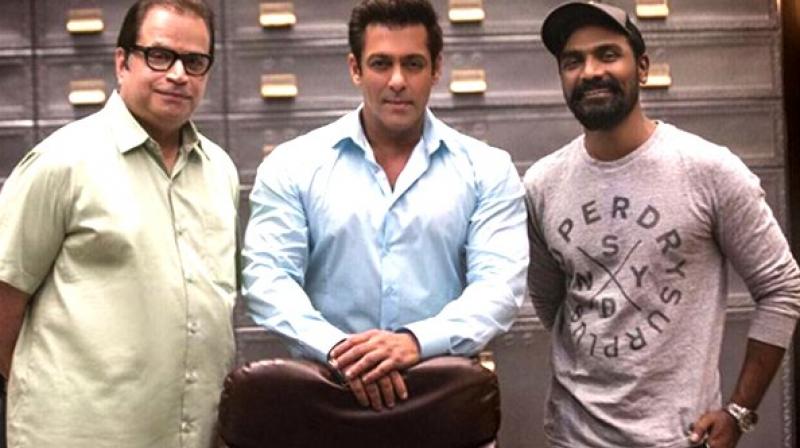 Ramesh Taurani, Salman Khan and Remo D'Souza on the sets of 'Race 3'.

Mumbai: Salman Khan is having trouble these days because the actor has received death threats from the gangster Lawrence Bishnoi with regard to the black buck case.

Cops had unexpectedly dropped in on the sets of Salman Khan's Race 3 in Film City last Tuesday and told both him and producer Ramesh Taurani that the shoot would have to be stopped immediately. But Salman couldn’t stay in hiding for long since the actor has other commitments to complete. So the shoot is reportedly on with tight security in presence.

A source close to the development told Pune Mirror that the actor had been rehearsing with his co-stars and director-choreographer Remo D'Souza in between scenes last week despite having little time to spare what with the ‘Bigg Boss’ finale and other commitments.

"The song shoot is on schedule. Like the two previous title tracks, this one too will be mounted on a grand scale. A special set has been designed for the song. Next month the unit moves to Bangkok and then on to Dubai and Abu Dhabi. They are expected to finish by March with the last of the film being wrapped up in Mumbai," the source informed. Producer Ramesh Taurani confirmed the news to the daily.