Entertainment   Bollywood  16 Jan 2018  This picture proves that Ranbir’s sister Riddhima and Alia are the new BFFs in town
Entertainment, Bollywood 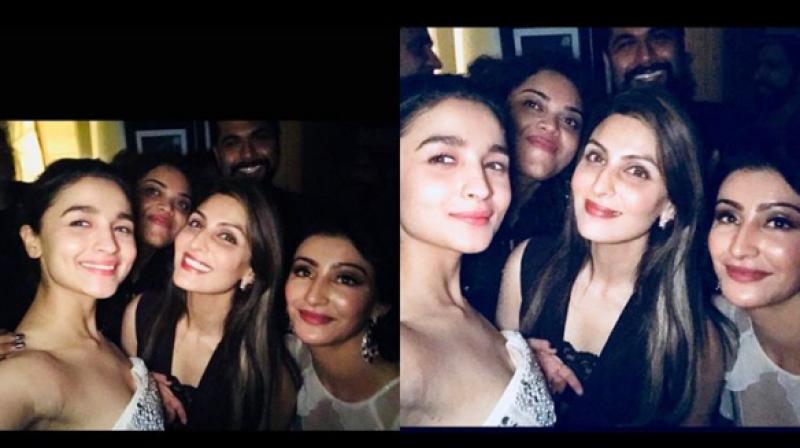 Mumbai: Alia Bhatt has expressed her fondness for Ranbir Kapoor, calling him her childhood crush. She is now working with the actor in a trilogy ‘Brahmastra’. The two recently made a visit to Tel Aviv as a part of their prep. But now it looks like Alia has not only bonded with Ranbir but also his sister Riddhima Kapoor Sahni.

Shah Rukh Khan threw a party for his BFF Kaajal Anand at Mannat, which is where the two ladies came together. Riddhima even went ahead and posted a photo with Alia. Here it is: 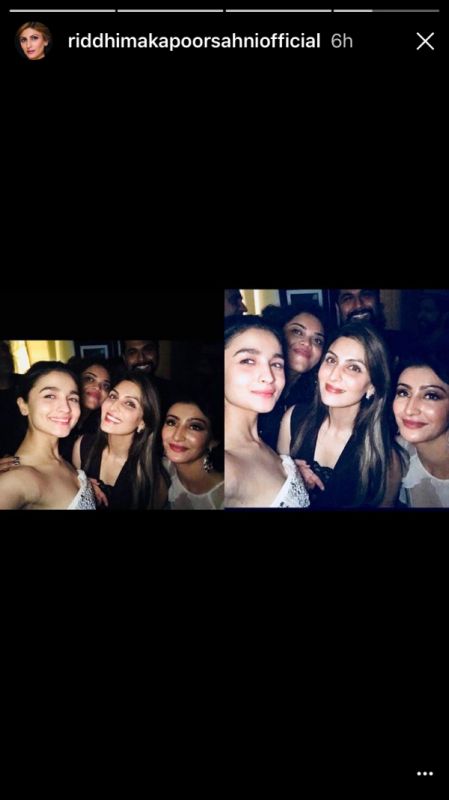 Surprisingly, Ranbir wasn’t clicked with them, but producer Aarti Shetty and fashion designer Kunal Rawal were also snapped in the same frame.