Always passionate about music, Badshah states that he started making music for the sake of pure love for the art form. 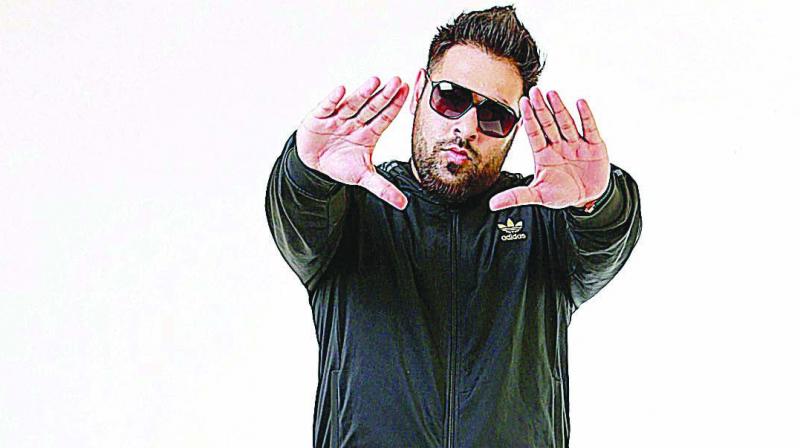 He came, he sang and conquered many hearts as he crooned some of his most popular hits of our times. Aditya Prateek Singh Sisodia, the singer and rapper known as Badshah sang Saturday Saturday, DJ-waley babu, Selfie le le re, Baby ko bass pasand hai, Kar Gayi Chul, High Heels, The Humma Song, The Break Up song, Tamma Tamma again and many other hits to a packed house outside a mall in Bengaluru as his fans cheered and danced along. Known for his versatility in music, the Punjabi munda from Delhi who moved to Chandigarh later spoke to us just before his concert on his inspirations and the latest love of his life.

While Shah Rukh Khan maybe the badshah of Bollywood, Badshah’s inspiration comes from SRK himself and the musical badshah confesses to be a huge SRK fan. At the onset we prod him on who’s the latest love of his life and pat comes the reply, “I just became a father in January this year to a beautiful baby girl. She’s the love of my life now. I’m always travelling for concerts and song recordings and spend so much time at airports, hotels and in different cities every day and I look forward to my sleep. That’s one thing I don’t get enough of. When I’m not performing or recording, I like to catch up on music and Youtube. I hardly take any holidays. No rest for the best!”

Always passionate about music, Badshah states that he started making music for the sake of pure love for the art form. He has been quick to adapt to the changing times and that’s why his lyrics are for today’s gen next. He has also collaborated with Raxstar for Bandook. “When Karan Johar gave me my first break with Saturday Saturday for Humpty Sharma ki Dulhaniya, it was the turning point of my career. And then Abhi toh party shuru hui hai was the biggest hit. I always wanted to make music and I’m glad Bollywood happened. I don’t want to brag, but I’m here because of my talent and hardwork. I’ve been blessed to have worked with Karan Johar and Rhea Kapoor. Last year, I was here in Bengaluru, it was sheer madness. I love the energy and honesty in this city. If Bengalureans like something, they like it, if they don’t they are clear about it. They don’t pretend.”

Ask him about his inspiration, he pauses for a moment and states, “Virat Kohli. He’s so disciplined. He’s from Delhi, and made it so big and is amongst the world’s topmost sportstars. I also want to be the best in the whole world. I want to make more songs, make more music. I want to continue making great music. One of my personal favourites is Kar Gayi Chul.”  He has also served as the music director of OK Jaanu and collaborated with Inder on Wakhra Swag which won the 2016 Punjabi Music Awards for best duo/group and most popular song of the year award. A pure entertainer, Badshah steps on the stage and states, “I’m here to party with you Bangalore. Follow me on Snapchat.” His energy on the stage is infectious and one that you have to see to believe.