Prabhas shoots down rumours of SRK's appearance in Baahubali: The Conclusion

The star feels that the film is constantly under scrutiny, surrounded by speculations and conjectures. 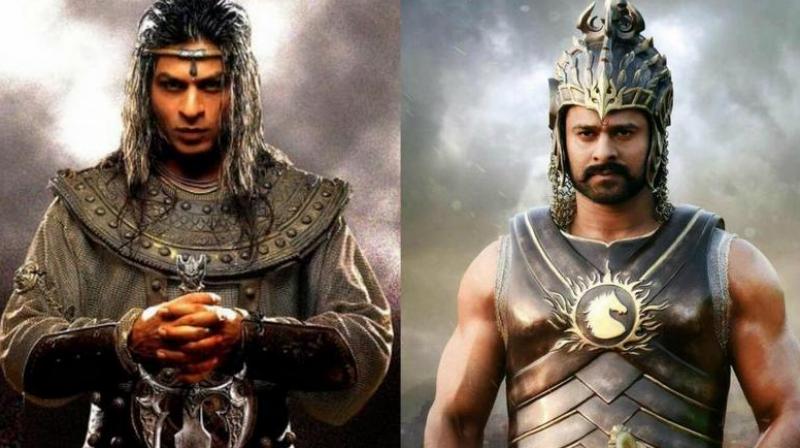 Two superstars, Prabhas and Shah Rukh Khan, coming together for a film would have been a treat for the fans.

New Delhi: Prabhas, the main lead of the 'Baahubali' franchise, is amused by the rumours of Shah Rukh Khan doing a cameo in the upcoming flick 'Baahubali: The Conclusion' and clarified that King Khan is not a part of the film.

The actor, whose name is synonymous with 'Baahubali,' feels that the film has become such a huge brand and is constantly under scrutiny, surrounded by speculations and conjectures.

He expressed how these rumours actually amuse him rather than affecting him in any way.

'Baahubali: The Beginning' was an epic historical drama which was absolutely loved by the audience, who are eagerly waiting for its sequel ' Baahubali: The Conclusion.'

The prequel was a visual delight with gigantic sets and action-packed sequences and the second installment promises an even bigger and better experience for cine-goers.

The 37-year-old became a household name after the immense popularity of this film.

The movie also stars Anushka Shetty, Rana Daggubati and Tamannaah Bhatia.
' Baahubali: The Conclusion' is all set to hit the screens on April 28.