Sources clarify that the age difference between Sara Ali Khan and Akshay Kumar will be justified in Atrangi Re. 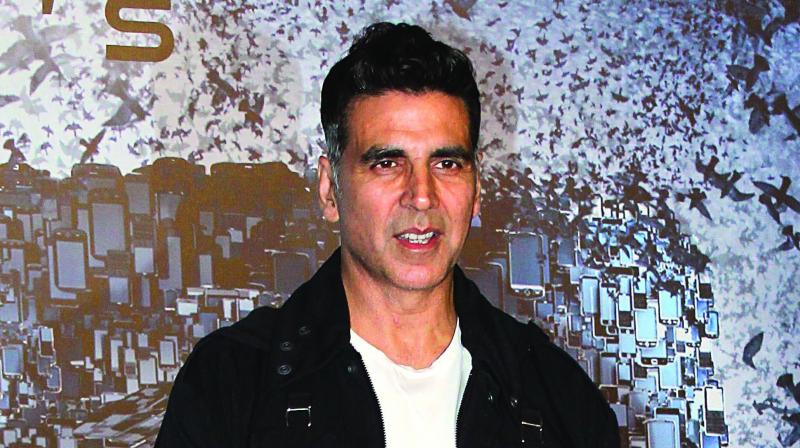 There is a hue and cry on social media about Akshay Kumar being too old to be cast opposite Sara Ali Khan in Aanand Rai’s new project Atrangi Re. But the fact is that Aanand isn’t casting Sara as the conventional romantic heroine in the film.

An informed source reveals, “Aanand knows exactly what he’s doing. If you remember in Raanjhana, when he had cast Sonam Kapoor opposite Dhunush, there was a hue and cry over the odd casting. In Atrangi Re, the age difference between Akshay and Sara will be completely justified.”

Of late, it is true that Akshay’s heroines are getting younger by the week. He was cast opposite 29-year old Kriti Sanon in Housefull 4, and prior to that Bhumi Pednekar was only 28 when she did Toilet Ek Prem Katha with Akshay.

Filmmakers are looking for intelligent, sensible ways to cast young heroines opposite ageing superstars like Salman Khan, who was all set to star in an age-challenged romantic film titled Inshallah directed by Sanjay Leela Bhansali with Alia Bhatt, which got shelved. In the just-released Jawani Jaaneman, Alaya F, who is Saif’s daughter’s age, plays his daughter while Saif’s real-life daughter Sara, who is all of 24, is cast in a very unusual relationship with the 52-year old Akshay.