Ek Do Teen teaser: Madhuri would surely cringe on this Jacqueline track

Jacqueline has come in the revamped version of Madhuri’s hit song ‘Ek Do Teen’, and we’re still wondering why? 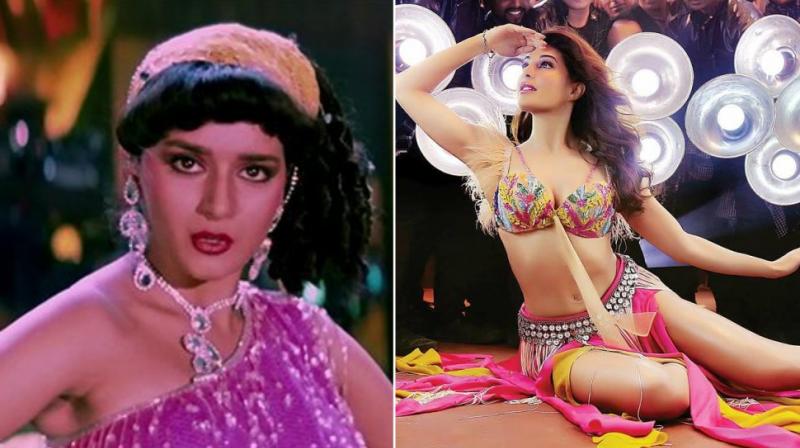 The teaser of Jacqueline Fernandez’s ‘Ek Do Teen’ is here, and it is sure to make the dancer Madhuri Dixit cringe about how sensual it has been converted into.

Madhuri’s version of ‘Ek Do Teen’ had her dance while the men kept cheering. That song was all about expressions and some signature steps, but Jacqueline’s version is the sultry version of it.

The camera focuses on Jacqueline’s bold and bright pink lip gloss on the whistle tune, and when that was not enough, she actually stripped off a jacket and into a bikini with thigh high slit skirt.

Even by the end of the song, she does a belly dance, blinks and does a pout. It actually looks like the makers lost the essence of the song, which was basically of a woman waiting for her man. Here, Jacqueline looks like she’s available for men rather than her man.

Madhuri, on the other hand, won over the nation with her look of pink crop top, multi-coloured skirt, yellow headband, navel chain, huge earrings and necklace.

She even turned a model in the song and her ‘adaah’ was unmatchable, which we strongly believe still remains intact, and it is next to impossible for Jacqueline to match up to Madhuri in this song.