I am a very greedy actor, says Rajkummar Rao

With this role, Rajkummar Rao has proved that he is ready for any kind of role on the spectrum of acting. 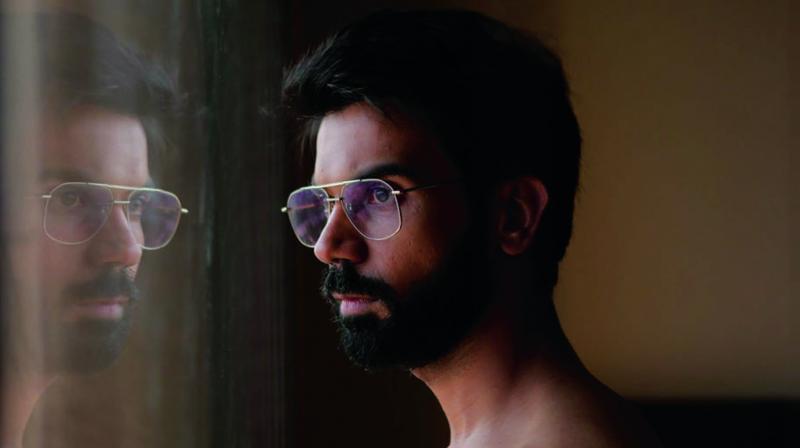 Rajkummar Rao in a still from Omerta

Rajkummar Rao shares his experience of playing an antagonist in Omerta, based on British-Pakistani terrorist Omar Saeed Sheikh who was sentenced to death for killing Wall Street Journal reporter Daniel Pearl.

Rajkummar Rao’s performances in Shahid, Trapped and Newton have won the actor much deserved acclaim and he is now ready to dazzle the audience with his performance in Omerta. Directed by Hansal Mehta, the film is based on British-Pakistani terrorist Omar Saeed Sheikh who was sentenced to death for killing Wall Street Journal reporter Daniel Pearl.

With this role, Rajkummar Rao has proved that he is ready for any kind of role on the spectrum of acting. Speaking at the trailer launch of the film in the Capital, Rao shared his experiences of preparing for his role as an antagonist. “There are some very scary videos out there. I watched them in order to feel the anger and get into my character Omar for Omerta.

I hope that this film starts a dialogue and gives hope to the young people out there who probably are watching these videos, getting influenced and thinking of taking a different route,” he said, adding, “It took me some time to get out of this character. This film focuses only on the bad. There was no part of the character Omar that I could relate to. It was so different.”

While the actor is not shy to explore different roles, he admits that playing such dark characters can affect one’s mental health, “Yes, sometimes it becomes tough because you are juggling so many characters, especially characters like in Trapped or Omerta which can take a toll on your mental health. Thankfully, I have my loved ones around me always, and then I travel. I travel a lot. I try to rejuvenate myself with my travels, come back and start the next one.”

Rao has been working in films like Trapped where the entire focus is on him, as a central character. While such films can bring one a lot of acclaim, the criticism is also to be shouldered alone, so how does he deal with such pressure? He explains, “I never work under stress. It is impossible for me to do that. I don’t work under pressure, so I never think about what is going to happen and how people will react to my performance. For me it’s about living my character truthfully and giving my 200 per cent to it. The process is the most important thing for me.”

Omerta will be releasing in India in times of growing fundamentalism, would it have been easier on the team had the film released before? Rao answers, “Well, all we can do now is speculate. There was no plan on when this film will release. It’s a story that has been with Hansal sir for almost 13 years now. He has been trying to make it for so long. But it is the right time, I feel.”

The actor is also shooting for other films like Mental Hai Kya and Fanne Khan. “Since last year I have been working non-stop. Acting and travelling is all I have time for,” he says, adding, “I am a very greedy actor. I love all genres. I would love to explore horror again and also an action film. I can’t be like, ‘This is my space and comfort zone.’ I want to live it all.”