An armed lady, reportedly screaming that Salman Khan was her husband, barged into his complex. 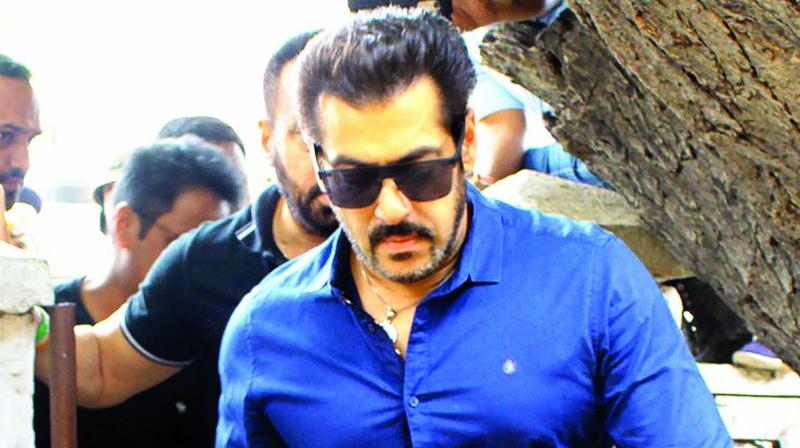 A woman, armed with industrial skewers, entered Salman Khan’s Galaxy Apartments earlier this week. She caused quite the stir at the star’s house, while he was away at Abu Dhabi, filming for Race 3.

According to sources, the lady in question appeared to be deranged, and managed to evade the lax security outside Salman’s building complex. She started banging on his apartment door, when an alarm was raised.

Interestingly, no one called the cops on the 100 emergency number. Instead, the fire brigade was called on 101, to get the woman out of the complex.

“The fire brigade managed to disarm her before letting her go. She kept shouting ‘Salman Khan is my husband.’ She was very aggressive, and had to be subdued. What was surprising was that no one called the police,” the source says.

On being called, senior inspector Pandit Thakre from Bandra police station confirmed that no complaint had been filed.

A few weeks ago, other residents in the complex spotted another intruder, and alerted the building security. They found him in the toilet inside the building’s compound. The guy had apparently entered the building to try and take a leak. He managed to bypass the tight security, without being noticed. Had it not been for the alert neighbours, he could have well slipped into Salman’s property, and gotten away with it.