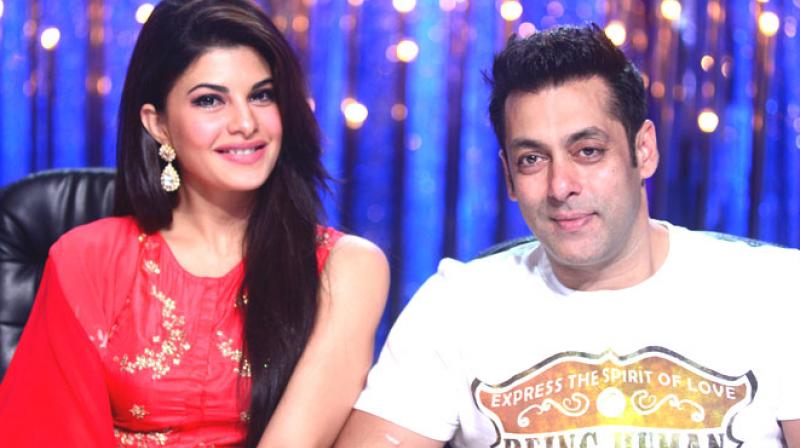 Salman Khan and Jacqueline Fernandez on a TV show.

Mumbai: Salman Khan’s father Salim Khan was a renowned script writer, who even wrote the script of the cult film ‘Sholay’.

In fact Salman himself had written a dialogue in ‘Tiger Zinda Hai’ and now he has turned a song lyricist for his upcoming film ‘Race 3’.

A source revealed to Mumbai Mirror, “Everyone loved it (the song lyrics) when Salman read it out. Vishal Mishra has set it to music. It will be picturised on Salman with director Remo D’Souza choreographing it.”

‘Race 3’ producer Taurani too excitedly confirmed the news saying, “It’s a lovely romantic track, exactly what we were looking for. This is the first time Salman’s name will appear in the credits as a lyricist.”

On Salman choosing the script of ‘Race 3’, a source told BollywoodLife, “While Salman did not want to play a villain in the past few years, he chose to play one in ‘Race 3’. But he did not want to play a regular villain, who goes around killing people. Bollywood villains are stereotyped as these goons who just go around town beating up people, drinking alcohol and be those typical skirt chasers. Salman did not want anything to do with that, and made it clear to the makers of ‘Race 3’. He told them that he wanted to play a psychological villain, where he would formulate all his vicious plans in his brain and win the battles by wit rather than brute power. He wants to be a conniving villain and that’s what you will see him doing in ‘Race 3’.”