Salman was told Katrina is Zero dancer; actress reveals how she overcame the Hichki 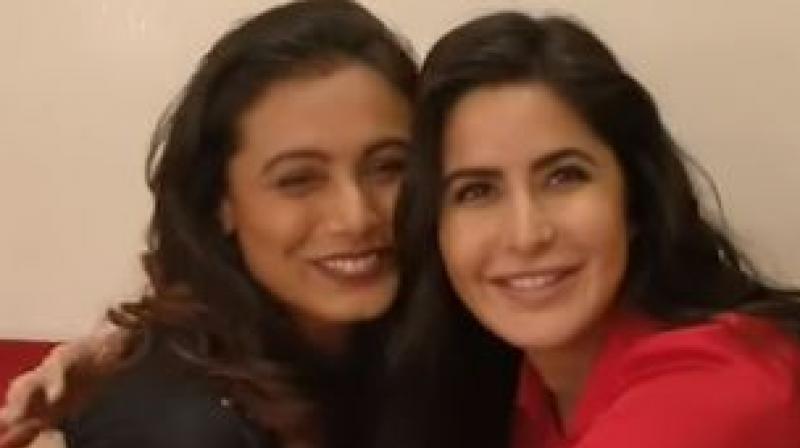 Rani Mukerji and Katrina Kaif's screenshot from the video.

Mumbai: Katrina Kaif is a marvellous dancer today and has given us hits like ‘Chikni Chameli’, ‘Sheila Ki Jawaani’, ‘Kamli’ or the latest hit ‘Swag Se Swagat’ from ‘Tiger Zinda Hai’.

But the actress was called a zero dancer in the beginning of her career. Howsoever, she took it in a positive stride and went on to become one of the best dancers in Bollywood.

Speaking to Rani Mukerji about her ‘Hichki’, Kat revealed, “I remember I was shooting for a Telugu film with Venkatesh. The choreographer, Raju Sundaram, looked quite irritated with (the lack of) my dancing skills, but didn’t say anything. Later, while working on ‘Wanted’ (2009), I overheard him telling Salman Khan that as a dancer I was zero! I was shocked to hear that.”

“I trained with Kathak guru, Veeru Krishnan, from 7 am to 1 pm almost everyday. Bosco Caesar gave me the confidence to perform to the best of my ability in Race (2008). I think this is what a good teacher does – gives a person the confidence that he/she can do it. That’s how I overcame my challenge of being a ‘zero’ dancer,” she added.