Zarina’s next film is based on Article 370 of IPC that gives autonomous status to the state of Jammu and Kashmir. 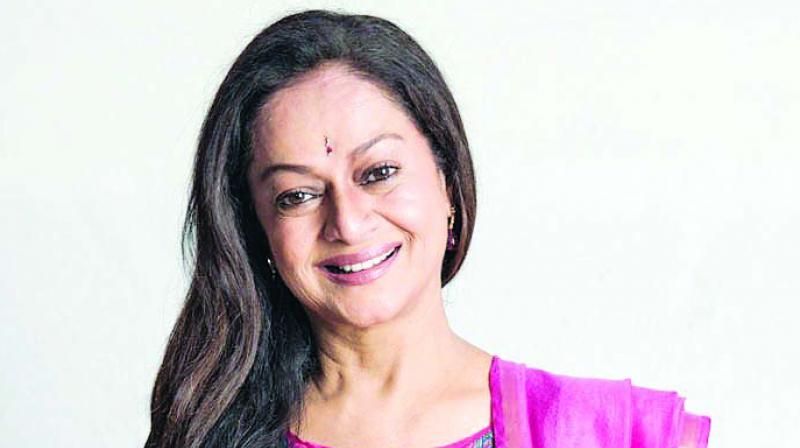 Veteran actress Zarina Wahab, who is also a part of the biopic PM Narendra Modi, is busy shooting several Hindi and Malayalam films besides commercials. The 62-year-old actress feels work gives her oxygen.

“Earlier I had to work, there was no option as I had to earn money for my living. But now, I just want to work. Working for 10-12 days in a month not only keeps me busy but I feel that it gives me oxygen. If I wish, I can sit at home and lead a luxurious life but acting is my passion and I am happy that I am getting enough work,” says the actress.

Zarina’s next film is based on Article 370 of IPC that gives autonomous status to the state of Jammu and Kashmir. Talking about her film, she says, “We are shooting for a film which is based on article 370, it is titled Kashmir-370 and is being directed by Rakesh Sawant. The film has a very interesting subject, which also shows the lifestyle of Kashmiris, about the Hindu Pandits and Muslims. As usual, the location of Kashmir and its beautiful scenic locales look very enchanting. We have shot a little portion in Kashmir. But owing to snowfall, we will have a week’s shoot at Mussoorie.” The actress will be playing the role of a mother.

Talking about Kashmir, Zarin also recalls her film ‘Agar...if’ (1977) which she did with Amol Palekar. “We shot in the beautiful scenic locales of Kashmir. Esmayeel Shroff was the director. I find no difference in the beauty of Kashmir then and now. The snowfall and other natural aspects of Kashmir are real. Barf wali beauty kabhi change ho sakti hai kya?” Adding more on her friendship with Amol Palekar, she says, “Amol is such a lovely person. He is the only person I am in touch with. He has shifted to Pune but whenever he comes to Mumbai with his wife, I, Bindiya Goswami and Deepti Naval have a get together. We all sit down and talk about the
yesteryears.”

On her upcoming film ‘Fauji Calling’, she says, “It’s about Army personnel and how they have to sacrifice and what happens when they come to meet their family for that one month of vacation. The family also sacrifices a lot.’

The actress has also done several films in Tamil, Telugu and Malayalam. Commenting on that, she says, “I can never say no to South film, especially Malayalam films. I have done a lot of films in the South, I never ask them how much money they are paying. I love the food there. They are very professional. Adaminte Makan Abu (2011) even went to Oscars.”