Kriti says she is still grounded

Kriti Sanon may not have a famous surname or a godfather backing her but she has proved her merit in the industry. 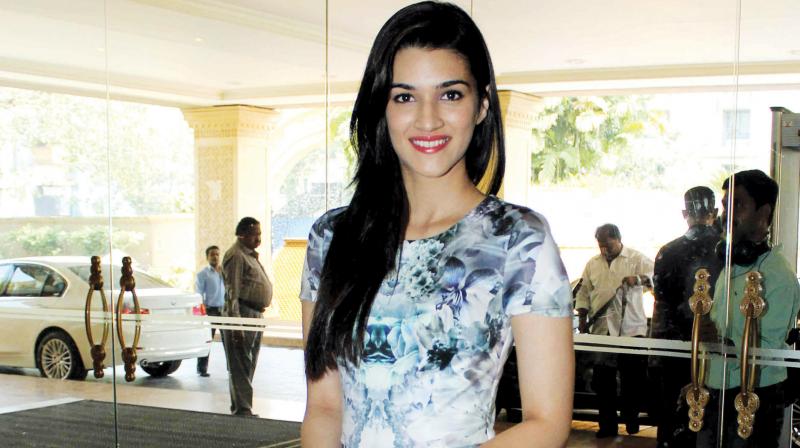 Kriti Sanon may not have a famous surname or a godfather backing her but she has proved her merit in the industry. After proving herself in films like Dilwale and Heropanti, this time, the actress will be seen starring opposite Sushant Singh Rajput in Raabta. In an interview, she talks about how stardom hasn’t changed her, being grounded in Bollywood and more.

Do you think stardom has the power to change people?
I don’t understand stardom because it hasn’t hit me. When you deliver a super hit film, people become critical about the way they conduct themselves. They start judging every step they take. I also feel that it is easy for artistes to think highly about themselves in this industry. People around you keep praising you for no apparent reason, and if you aren’t a balanced person, you can take it the wrong way. You need to have a reality check; you need to have someone who keeps you grounded. For me, it’s my family and friends.

Everybody gets judged in this industry. How difficult is it to be real in this glamorous world?
I don’t think I can be fake; once you are fake, you will be fake all your life, and it is a tough task! We are judged about how we dress, where we go.

Everything we say is scrutinised too. Sometimes we don’t actually say what we really want to say. We tend to either clam up or take a diplomatic route. I am frank but I know I have to keep a filter on.

You had to turn down Half Girlfriend  for Raabta. As an actor, how difficult it gets to say no to a film?
I had date issues with Half Girlfriend. I had committed to Raabta but I don’t think it’s difficult to say no to the films. I clearly say no rather than going round and round and giving excuse. I don’t think anyone should gets affected with an actor saying no to a film. It’s a personal choice.

Were you sceptical about taking up Raabta since it was Dinesh Vijan’s first film as a director?
I have never doubted Dinesh on the basis of his work. He has produced a lot of films, so I know he has a lot of knowledge on filmmaking. He narrated the script for Raabta and I loved it. It stayed in my head and I connected with it.