Aamir Khan to take a break from films post Thugs of Hindostan?

There were reports of Aamir is keen to take off the mega project of Mahabharata with Baahubali director SS Rajamouli. 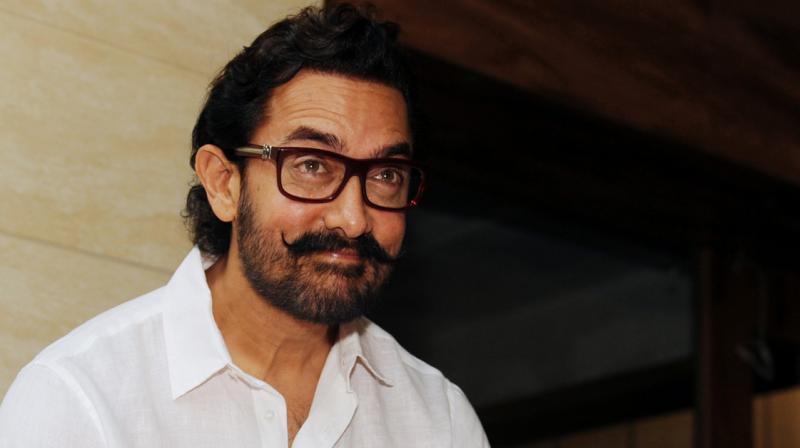 Mumbai: Bollywood's Mr Perfectionist Aamir Khan hasn’t signed any film after his next 'Thugs Of Hindostan', which he has almost wrapped up. Now as per a report, it has been said that the superstar is planning to take a long break post the period action-adventure film.

According to the report in DNA, the 'Dhoom 3' star is planning to take a break before he ventures into his next film project. He reportedly wants to channelise his creative energies into his other endeavours like his TV show Satyamev Jayate and social initiatives, along with his filmmaker-wife Kiran Rao, for Paani Foundation.

There were reports of Aamir is keen to take off the mega project of Mahabharata with Baahubali director SS Rajamouli. However, the DNA report claims that he is still in two minds about the magnum opus.

A source said, “Aamir had more or less finished shooting for “Thugs of Hindostan”. The crew is completing some post production work and the cast is busy dubbing for their portions. Aamir has told people around him that he is planning to take a break and concentrate on his water project as well as on his television show. He is keen to direct Mahabharata, but he is in two minds about it as it is a huge and challenging project. So he wants to take time off from work and spend it with his family.”

Interestingly, it was also reported that the Aamir had recently walked out of the Rakesh Sharma biopic 'Salute', which is now likely to star Shah Rukh Khan. It was also speculated that he did not give a nod to the Gulshan Kumar biopic 'Mogul' which was earlier set to have Akshay Kumar in it.

Directed by Vijay Krishna Acharya, 'Thugs of Hindostan' also has stars like Amitabh Bachchan, Katrina Kaif, Fatima Sana Sheikh. It is slated to release in Diwali this year.