Reports of actress asking her husband to refuse Shonali Bose's next are doing the rounds, but the truth has been revealed. 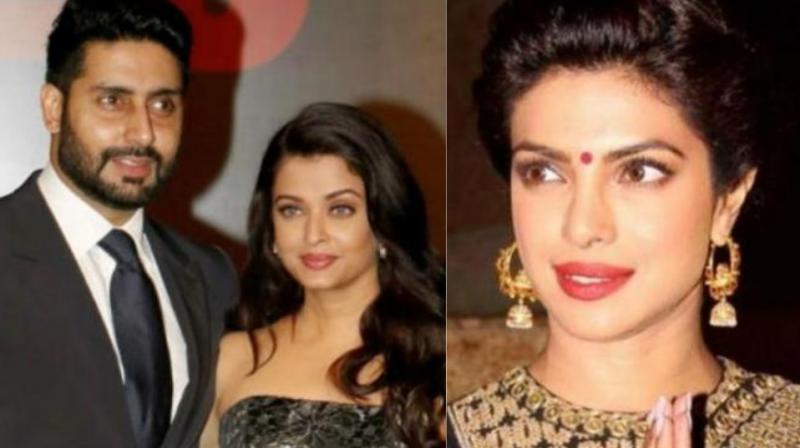 Abhishek Bachchan and Priyanka Chopra don’t share the best equations and Aishwarya Rai Bachchan has a small role to play it.

Mumbai: After a close-to-two-year sabbatical from films after ‘Housefull 3’, Abhishek Bachchan is returning to films with Anurag Kashyap’s ‘Manmarziyan’ which will release in September this year.

However, just when we thought that his career was back on track, comes another hurdle, if latest reports are to anything to go by.

The ‘hurdle’ in this case is none other than his wife, Aishwarya Rai Bachchan, the report claimed.

So reports of Abhishek and Priyanka Chopra doing director Shonali Bose’s next, a film based on late teenager Aisha Chaudhary, who writes a book and turns motivational speaker despite pulmonary fibrosis diagnosis, had surfaced earlier.

And a fresh report has now claimed Aishwarya is not too keen on her husband doing the film. Her rationale, according to the report, was that the film didn’t give Abhishek much scope to perform as an actor, and that he should take up more projects like ‘Manmarziyan.’

However, turns out, the report is completely false and Aishwarya has issued a clarification through her team slamming the said article.

The statement read, "Aishwarya Rai Bachchan not too keen for Abhishek Bachchan to sign Shonali Bose’s next film has been doing rounds on the internet. To clear the record Abhishek Bachchan has refused this particular film and it’s a low down tactic to drag Aishwarya’s name in this context."

We had earlier reported how Abhishek and Priyanka were unlikely to collaborate on the film due to their ‘differences’ since the latter replaced Aishwarya in ‘Bluffmaster.’

We wonder if that’s the same reason why Abhishek has turned down the film.