PeeCee shared pictures on social media of cuddling up to her pet dog and taking her for a walk on the streets of New York. 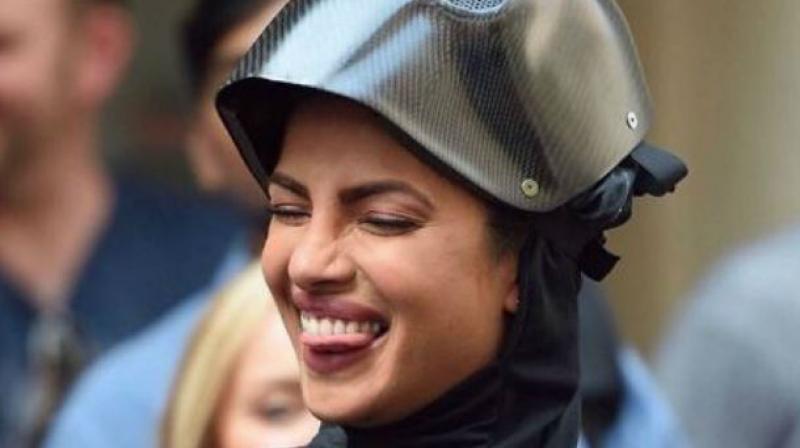 Mumbai: Global star Priyanka Chopra, who is a passionate dog lover, is often see posting pictures of Diana on her social media. Priyanka recently posted a photo of strolling on the streets of New York with her pet dog Diana.

The 'Quantico' star took to Instagram to share two pictures with Diana and they are really very cute. In one of the photos, Priyanka is seen taking Diana for a walk on the streets of New York. She captioned it: "me and my girlfriend"

me and my girlfriend

In the other photo, Priyanka is seen cuddling up to Diana. The actress captioned the adorable image saying, "That kind of morning... #puppylove @diariesofdiana ❤️"

Meanwhile, PeeCee will soon be celebrating her 36th birthday and rumoured boyfriend Nick Jonas is planning something really special for her. According to DNA report, Nick is going to whisk Priyanka away to her favourite beach destinations for her birthday. Priyanka has already planned her busy schedule to spend time with Nick.

On the work front, Priyanka will be seen in two Hindi movies: Salman Khan starrer 'Bharat' and 'The Sky is Pink', co-starring Farhan Akhtar and Zaira Wasim.