Parineeti on dealing with criticism, her biggest challenges and why she doesn’t mind being the second choice in the films she is currently working on. 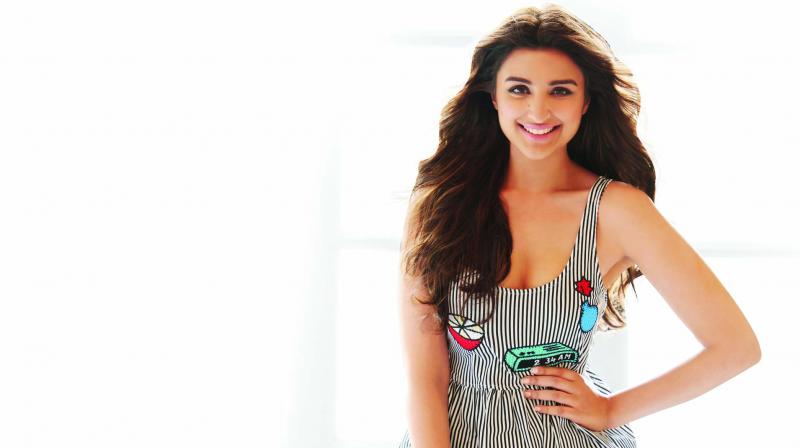 When Parineeti Chopra, debuted on screen with Ishaqzaade, co-starring with Arjun Kapoor, she was touted as one of the most promising actors of her generation. While the last few years haven’t been the best for Parineeti in terms of box-office collections, the actor is still raring to go with four films including Jabariya Jodi, the Saina Nehwal biopic, The Girl on the Train and Bhuj, in the works right now. “This is the best phase for me and the work has kind of come together. Usually, I focus on one film before moving to the other. But this time, I am too busy because I am promoting Jabariya, prepping for Saina’s biopic and The Girl On the Train. But I like to go to bed all exhausted; I love when I enter my room after a tiring day and just sleep. So that’s peace for me,” she says.

While it is generally believed that getting films is purely destiny, in Parineeti’s case, she was not necessarily the first choice for the films she is doing now. Reportedly, Sonakshi Sinha was supposed to do Jabariya Jodi, Shraddha Kapoor was the first for the Saina Nehwal biopic, and Jacqueline was approached for The Girl On the Train. However, the actress is unfazed by such stories.“It doesn’t matter at all,” she assert, adding, “I mean, there are only a handful of films being made like the big ones, and there are only 10 to 15 actors. How is it possible that the film has not rotated between 2 or 3 actors, at least? Instead of dramatizing it and making a controversy out of it, we should understand that this is the practicality of the industry, unfortunately.”

She further explains that it’s just the practical nature of the situation. “I just want people to know that so many times you can go to an actor and offer them a film, and it just doesn’t work out because of dates and time. So we should not dramatize it because it is unfair, and ultimately the film goes to an actor who is meant to be in it,” she says.

In today’s day and age, very often, an actor is judged for the films that he chooses to do. They are often questioned for their choice of subjects and held responsible. However, Parineeti thinks that films are made for entertainment and not much should be read into them. “Films are made for entertainment, they are not documentaries,” she opines. “Many things that we say in the film are exaggerated. We are actors and faking it is our job. If I am playing a murderer, doesn’t mean I am endorsing it. We are trying to tell you a story about this messed up person. That’s all,” she adds.

The actress also finds that audiences have become selective about the films they react negatively to. “There are films where some ridiculous things happen but they will accept it, and there will be some films where chaos will ensue over nothing. So then the audiences need to become fairer and say ‘okay we will question every film or we will question no film’. There cannot be a selective rage,” she says.

Parineeti is very good friends with (and even looks a little like) Sania Mirza, and there have been reports that she would like to play the tennis sensation in a film. Instead, the surprising news of Pari doing Saina Nehwal’s biopic was announced.

“It’s true that I do look like Sania Mirza. It was a media thing, and Sania had also said that she would like me to play her role. But when I got Saina, I had a chat with Sania Mirza and told her ‘listen this has been offered to me’. She was like ‘you must do it.’ She was very supportive as a friend, there is no problem there, but I was looking for a sports film, and to play badminton player is perfect. I am prepping for it.”

The actress is now spending most of her time prepping for the film. Speaking about the role, Pari reveals how difficult it gets to get that body. “This is not about being thin or fit, this is about making your body look like someone else’s. That’s a different thing, and it’s a challenge to look like her or play like her. That’s what I am working on instead of focusing on the weight,” she shares.

The actress is working hard to put her best foot forward, and is very critical about her own work. “I take criticism very well. In fact, I ask for criticism even with my team or anybody, and I will say ‘I don’t want to hear the good reviews. Tell me all the bad stuff, because your good is not helping me’. I want only criticism because around actors, people are only saying positive things. So then how will we improve ourselves? How will we have an outside perspective? I beg for criticism so that I can better myself,” she says adding that the audience is her biggest critic. “I have had a very honest relationship with them. When I have done something wrong, they have told me that this is rubbish. And when I have done something good, they give me so much love that it is almost unreal,” said the 30-year-old.

Other than prepping for the badminton star’s biopic, Parineeti is busy promoting her film Jabariya Jodi, which is set in Patna. With this film, she is collaborating with her Hasi Toh Phasi co-star Siddarth Malhotra again.

Speaking about their friendship, Parineeti says” “Mature is the right word for both of us because I was a child when we worked together first. The experience of the industry really shapes you up, but the most beautiful thing is that our friendship has not changed. We have a great understanding, and I feel so proud of that,” she concludes.