The hook-step of the song, looks intriguing as it involves backbend and no-one else other than Nora could've pulled it off with such ease. 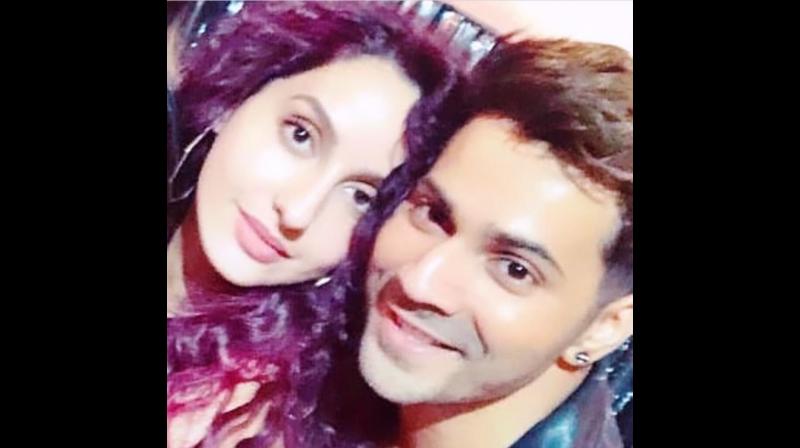 Mumbai: Ever since the fiery song 'O Saki Saki' from Batla House was released yesterday, it has been a rage on social media and fans are simply loving the dance of the beautiful and charming Nora Fatehi. She looks like a fire goddess in the song and also, she has danced like a legend, as always.

The hook-step of the song, in particular, looks intriguing as it involves a backbend and no-one else other than Nora could've pulled it off with such ease.

Appreciations were pouring-in for Nora as soon as the song came out, but one actor, in particular, took to twitter and praised Nora for her hard work. And, this actor is none other than Nora's dear friend Varun Dhawan! He wrote, "Great job Nora ur dedication and hard work always shines".

Nora was elated by his response but knowing that Varun himself is a great dancer, she decided to throw a challenge at him. Nora wants Varun to do this difficult hook-step of the song and we are definitely on Nora's side!  She said, "Thank u 💕 now i need to make u do the hook step 💃🏾🤣🤣💃🏾"

After the fun video of Varun twerking with Nora, it will be so much fun to watch him do the hook-step of 'O Saki Saki'. Nora and Varun will be starring together in Street Dancer 3D, along with Shraddha Kapoor. Nora is also playing a pivotal role in Batla House which is set to release on 15th August.