Taking to Instagram, the director Zoya Akhtar shared a few behind the scene pictures of the film 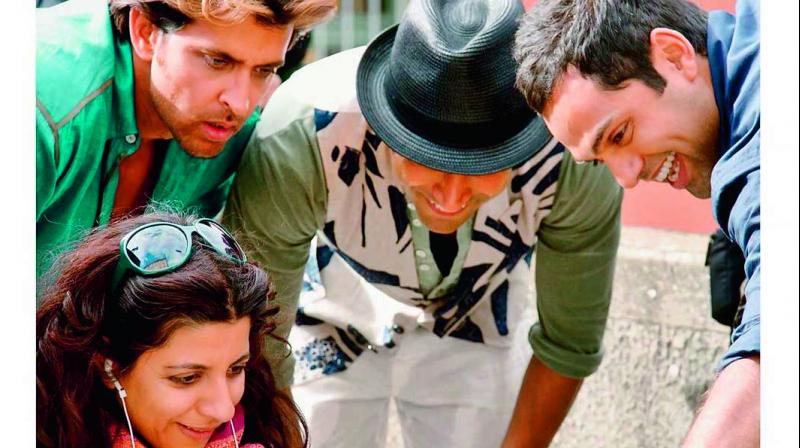 A favourite among millennials Zoya Akhtar’s Zindagi Na Milegi Dobara was a film that taught important life lessons while taking viewers on an adventure across Spain.

As it completed nine years yesterday, the star cast of the film and the director reminisced about the time spent making one of the best Bollywood movies of the decade.

Taking to Instagram, the director shared a few behind the scene pictures of the film, which boasted an ensemble cast of Hrithik Roshan, Abhay Deol, Farhan Akhtar, Katrina Kaif and Kalki Koechlin. Posting a picture that has Zoya looking at the monitor along with the three male leads is wittily captioned as, “I THINK WE GOT IT! #znmd #9yearstoday #besttimeever (sic).”

Even the three best friends from the film couldn’t help but comment on the picture. While Farhan expressed how much he misses this shoot, Abhay wrote,

“Uff! I’d make this film all over again just be back on set (sic).” For Hrithik, it was simply the best time ever, as he wrote, “Things that make you wanna shout out “ “AAAI LOVE YOU GUYS !!!” Truly the best times ever (sic)”
The trip down the memory lane had several fans commenting on Zoya’s post, sharing how the film has a special place among them.