While the said staff members have been admitted for treatments, as needed, the BMC has cordoned off Rekha’s home as a containment zone 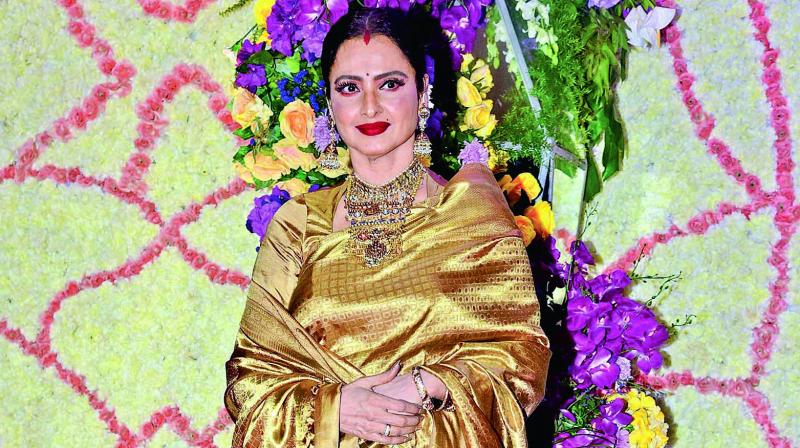 It’s the talk of the town. In a probable case of tantrum throwing, actress Rekha refused to allow the BMC officials from sanitising her home.

Rekha lives on this sprawling bungalow called Sea Springs which overlooks the Arabian Sea at Bandra, a stone’s throw away from Shah Rukh Khan’s Mannat.

One of the watchmen in her bungalow was tested positive for Covid-19 on Saturday evening and it was being said that the BMC wanted to sanitise and then seal the bungalow apart from getting the veteran actress and the former Rajya Sabha MP to test for the virus.

But according to media reports, the Umrao Jaan actress has been refusing to let BMC officials enter her bungalow for sanitising it.

Rekha too has refused to get the COVID-19 tests done. While the said staff members have been admitted for treatments, as needed, the BMC has cordoned off Rekha’s home as a containment zone.

Apparently, Rekha stated she would get tests done in a private COVID facility. However, the veteran actress has yet to submit her reports!