Previously, Aishwarya Rai and Amitabh Bachchan and host of international celebrities have been felicitated with the award. 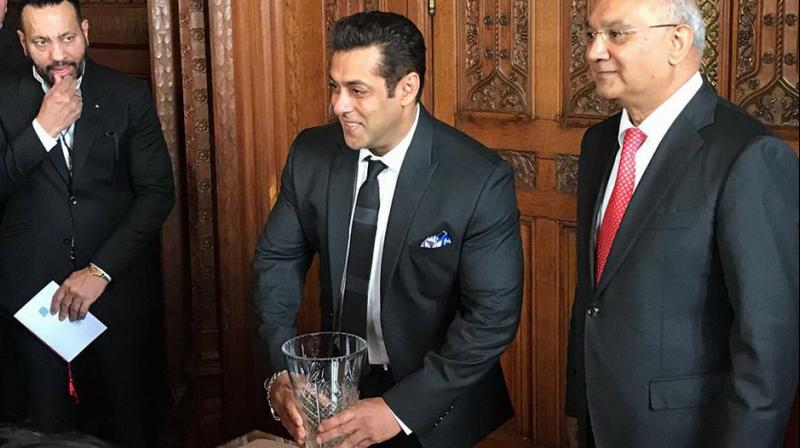 London: Bollywood superstar Salman Khan has been honoured with the Global Diversity Award 2017 in the British Parliament House.

The actor was honoured for his contribution to the Indian film industry as an actor, producer, television personality, singer and philanthropist.

Presenting the award, Keith Vaz, the longest-serving Indian-origin MP in Parliament, said, "Salman Khan is a role model and a hero to millions of people worldwide.

"Besides his Indian cinema success, Salman is a well-known philanthropist and his NGO 'Being Human' has done life-changing work supporting the underprivileged in India. It is a tremendous honour to present him with the award. I am proud that young Asians worldwide have role models like Salman Khan."

Calling the award a tremendous honour, Salman said, "My father would never have believed that I would make it here. I would like to thank the fans for the respect that they have shown me.