Irrfan Khan in a wheelchair

The actor returned to Mumbai from London, where he had undergone a surgery after the shoot of Angrezi Medium wrapped up. 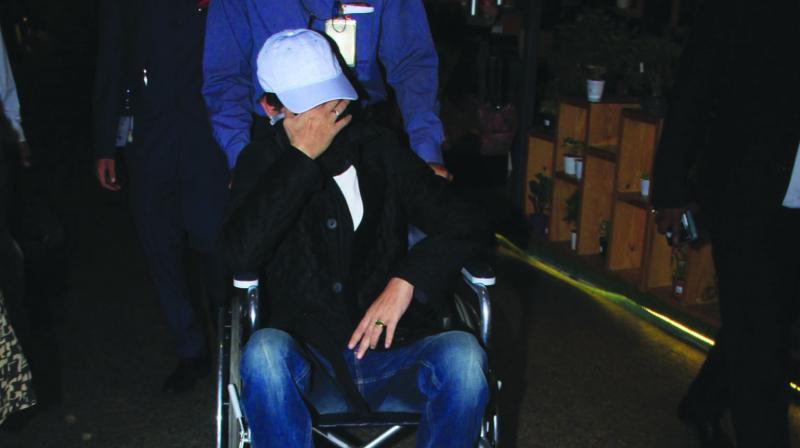 Panic prevailed among Irrfan Khan’s fans and friends on Saturday morning after he was seen at Mumbai airport on a wheelchair.

While genuine concerns about a possible health relapse arose, as the actor had spent most of the last year getting cured in London for a serious illness, a friend of the actor clears the air. “Irrfan is fine. The surgery was a part of his treatment, and it was scheduled beforehand. There’s nothing to be anxious about,” says the friend.

The actor recently completed Angrezi Medium, a sequel to Irrfan’s highly successful 2017 film Hindi Medium. Thereafter, Irrfan had to take a long break to deal with his illness. He is also expected to take a break now; he won’t be going into another project in a hurry.