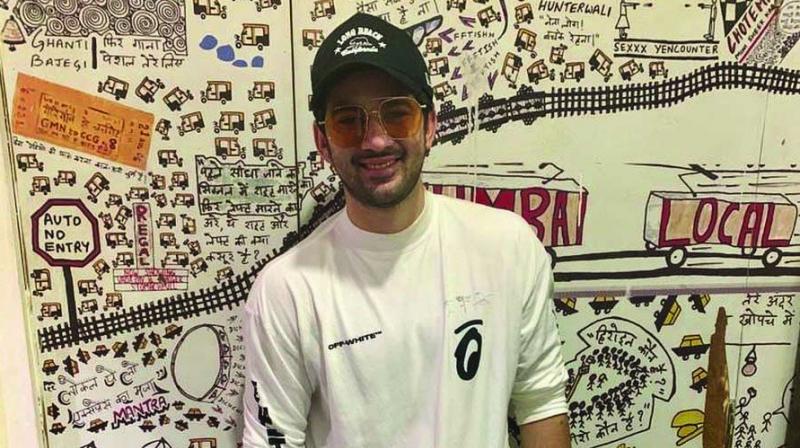 Bollywood’s newest star kid on the block, Karan Deol, is ready for stardom. While his debut film Pal Pal Dil Ke Paas is ready to release, he has also signed on another film.

The newcomer reveals that his younger brother Rajveer, who assisted their father Sunny Deol with directing Pal Pal Dil Ke Paas, is also looking to foray into Bollywood. “Rajveer is gathering all the industry know-how by assisting on PPDKP, before venturing onto the celluloid himself. He is keen on acting,” the proud big brother says.

As for working with his younger brother, Karan says: “Rajveer is three years younger to me, and we have been best friends since our childhood days. I do not have friends, so he is my only friend. He assisted dad (Sunny Deol) for Pal Pal Dil Ke Paas. Being his older brother, it’s my duty to be beside him and help him always. But on the sets he would always be next to me and help me with every small thing. We do not have any sibling rivalry at all, instead, we are best friends and will be there for each other always.”

Meanwhile, working with his father, Sunny Deol, was more challenging. “At one point in time, I was really very frustrated. But dad, being the perfectionist, would call me up and just say that I can do better. Initially, I was not very happy and felt that I will not be able to satisfy dad. But he would use his vast knowledge and experience with filmmaking, call me up and ask me to watch the monitor, and then instruct me to do it again. It is then I realised that I was indeed wrong in getting frustrated over doing the scenes again and again. Finally, when I saw the okayed shot, I understood that dad, as a director,  wanted me to give my best.”

Switching gears to the evergreen topic of nepotism, the newcomer actor says that there are two sides to the story. “Like in any other profession, the child of a professional gets the benefit of following in the footsteps of their parents. They may get the first chance easily. But in order to prove their mettle, they still need to be talented enough. You still need the talent,” says Karan in conclusion.