Are films only for entertainment?

Around 1.3 billion cinema tickets are sold every year; more than the sale of tickets for Hollywood flicks! 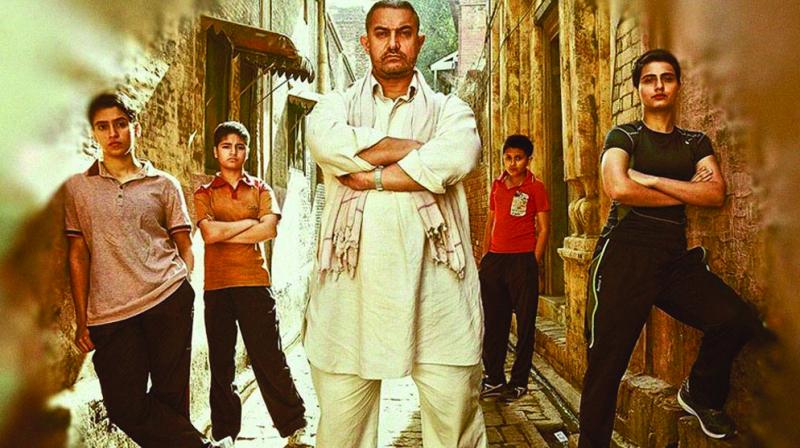 Since the first Indian silent film, Raja Harishchandra, directed by Dadasaheb Phalke in 1913 and the first talkie movie Alamara made in 1931, which had a four-minute long kissing scene (it would give Emraan Hashmi an inferiority complex) up to Ranbir Kapoor’s Jagga Jasoos, the Indian film industry has come of age. With an estimated annual turnover of over $3 billion, offering direct and indirect employment six million people approximately and churning out more than 800 films each year in more than half a dozen languages, the Indian film industry is the largest in the world in numbers. Around 1.3 billion cinema tickets are sold every year; more than the sale of tickets for Hollywood flicks!

At the dawn of Independence, still driven by Nehruvian idealism, filmmakers made films that raised social issues of their time. Chetan Anand’s Neecha Nagar won the first Grand Prix for India at Cannes Film Festival and Bimal Roy’s Do Bigha Zamin was greeted with critical acclaim and box office success fall in this category. Satyajit Ray’s trilogy of Apu’s world beginning with Pather Panchali; Raj Kapoor’s Awaara, Shree 420 and Jagte Raho; and Guru Dutt’s Pyaasa, Kaagaz Ke Phool and Sahib Bibi Aur Ghulam narrated stories on the celluloid in a believable and authentic manner and raised issues some of which are as relevant today as they were at that time. Mother India, a timeless epoch on rural India (first Indian film to be nominated for an Oscar), whose basic message — soul searching choice between social duty and personal relationship — has been retold in different films such as Gunga Jumna, Deewaar and Shakti. K. Asif’s magnum opus Mughal-e-Azam wasn’t just a royal drama of a prince’s affairs with a kaneez, but a sharp-edged clash of values, human relationships and a ruler’s duty epitomised in its memorable dialogues. It’s a saga of son versus father, emperor versus prince, artist versus ruler and a mother torn between her husband and son. In the song, Pyar kiya to darna kya, Anarkali sounded like a rebellious material girl of 21st century.

Bimal da’s Devdas, besides being a tragic love story, was a commentary on the social ethos of its time. Love triangle and extra-marital affairs have been eternal favourite of directors and given high voltage entertainers like Gumrah, Sangam, Arth and Kabhi Alvida Naa Kehna and Rustom which also depict social norms and moral dilemmas.

Though Raj Kapoor, Dilip Kumar, Dev Anand, Dharmendra, Rajesh Khanna and Amitabh also portrayed characters with shades of grey, it was Shah Rukh who tasted mass adulation in negative roles in films like Darr and Baazigar.

Many viewers feel that depiction of extreme violence; use of abusive, profane and vulgar language; exposure of flesh and lewd double-meaning dialogues in today’s films impact the young and impressionable minds negatively; there is some validity in this criticism. If films like Haqeeqat, with unforgettable patriotic songs boosts national fervour won’t senseless violence, titillation and sex have a negative impact?

Prakash Jha’s films — Gangaajal, Mrityudand and Apaharan — are commentaries on what goes on in rural Bihar. Satya, Shool, Company and Sarkar present the seamy side of our society. Vishal Bhardwaj dared to show the grim reality of the making of a terrorist in Haider.

Today the dividing line between the parallel cinema and commercial cinema has blurred. So the Big B of Zanjeer, Deewaar and Sholay gives memorable performances in the films like Paa, Piku and Pink. Vidya Balan who appeared as sari clad Parineeta doesn’t mind doing a Dirty Picture and Kahaani. And Ranbir Kapoor experiments with new characters with each film from Barfi! to Yeh Jawaani Hai Deewani to biopic of Sanjay Dutt. Shah Rukh who became the heart throb of millions of teenagers with films like Dil To Pagal Hai and Kuch Kuch Hota Hai also portrayed strong characters in films like Swades, Chak De! India and My Name Is Khan. Dangal has given Aamir of Lagaan, Rang De Basanti and Taare Zameen Par fame the biggest hit of his life; it has earned `1,000 crores in China. And Salman who has endeared his fans for 25 years (Maine Pyar Kiya, Hum Dil De Chuke Sanam, etc.) romances heroines half his age and does not only Dabangg, Bodyguard and Ek Tha Tiger, but also Bajrangi Bhaijaan and Sultan, which have received box office success as well as critical acclaim.

With their enormous reach and appeal, can films act as an agent of social change? Unlikely. Films are seen, they get talked about; some even get awards and then forgotten. Films like A Wednesday, Iqbal, Bheja Fry, Vicky Donor, Paan Singh Tomar, The Lunchbox, Aligarh, Neerja, Queen, Highway and Udta Punjab offer real slices of life, but don’t change society.

Even if films can’t change society, they do serve society by entertaining, drawing attention to socially relevant issues, instigating discussion and debate about them and sometimes provoking some action. Not a mean achievement by any account.

The writer is a former ambassador