'Do you know the full form of MNS?': Twinkle asks a stumped Karan

Karan was hosting the launch of Twinkle's second book, 'The Legend of Lakshmi Prasad'. 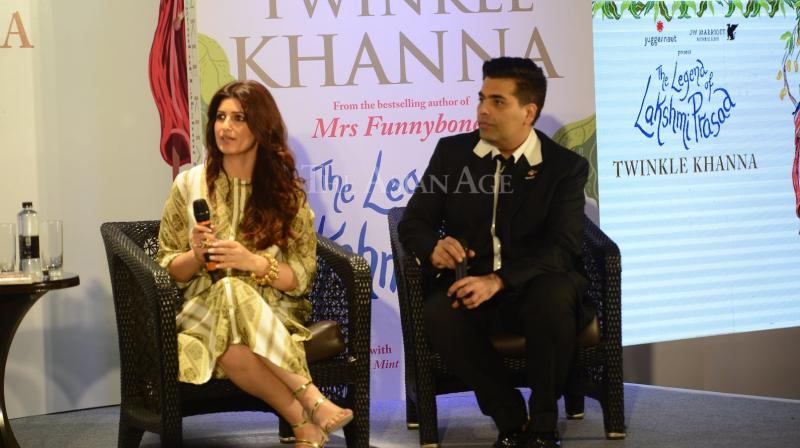 Twinkle had also made her maiden appearance on Koffee with Karan, this season.

Mumbai: Twinkle Khanna, aka Mrs. Funnybones, had a grand launch of her second book, 'The Legend of Lakshmi Prasad,' at a star-studded event in the city.

While Ranbir, Alia and a phenomenal Shabana Azmi read out excerpts from the book, the event was primarily an interaction between Karan and Twinkle.

While the latter sensationally stumped 'host' Karan in Koffee with Karan, when she appeared alongside Akshay, Karan was in no mood to let go of their banterous nature.

While inviting Alia Bhatt, his own protégé, on-stage, Karan decided to take a dig at Alia's infamous 'president gaffe' when she appeared on his show, last season.

"From not knwoing who the president of India is to emerging as the strongest voice as a female actor, of her generation," he ridiculed, while introducing her.

While Alia blushed red with embarrassment, Twinkle decided to take matters into her own hands as she came out in support.

"I want to interrupt, since he's asked you(Alia) this about the president. Karan, I want to ask you something. Can you please tell me what is the full form of MNS," she enquired mockingly.

A flustered KJO, responded, saying, "I know what PMS is, that's what I am going through, right now."

Well, like has been proven in the latest Koffee with Karan episode, you don't mess with Twinkle Khanna.