Ranveer has responded to Shah Rukh Khan's suggestive jibe at his 'underpant' scene from 'Befikre'. 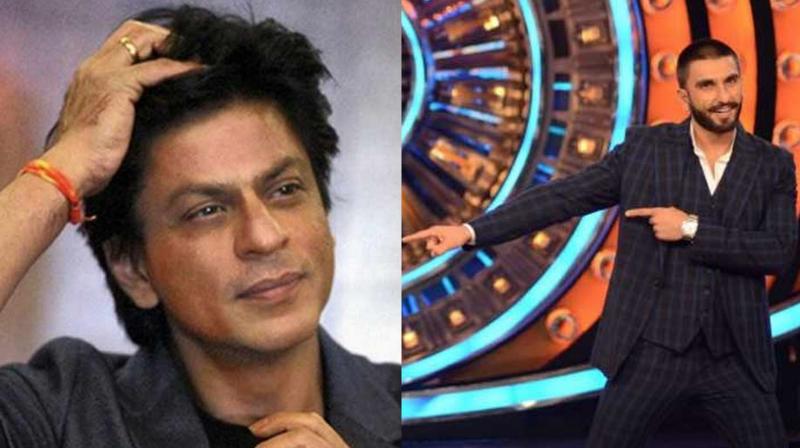 This could be an extremely unexpected tinseltown feud in the making.

Mumbai: No one would have expected this turn of event. It's not every day that someone takes offence to a Shah Rukh Khan joke, and the last person you'd expect that of is Ranveer Singh.

Shah Rukh Khan, who's known for his exemplary wit, had made his comeback on the 'Koffee couch,' with the fifth season's first episode and charmed one and all.

The actor had made a hilarious comment on Ranveer's 'red underwear' moment in the 'Befikre' trailer. SRK had said that he believes they were padded and also hilariously added that if it weren't, then he's a fan.

While most took it in excellent humour, Ranveer might not exactly have taken to it kindly.

At the launch of the fourth song from Aditya Chopra's 'Befikre,' 'You and Me,' when prodded on what his response to Shah Rukh was, Ranveer coldly said that he's responded to SRK's ridiculing, on the 'Koffee couch'..

Incidentally, Ranveer will be appearing on the show alongside his arch-rival, Ranbir Kapoor.

The two, who have been boisterous buddies in real life, also have a palpable history to them. Ranveer is reportedly in a steady relationship with Deepika Padukone, who has dated Ranbir in the past, even having gotten a tattoo of his initials.

Ranveer also went on to add that he's extremely comfortable with physical nudity as he believes when he emotes on-screen, he's baring his soul, and he's at his most naked, at that precise moment.

Well, it remains to be seen what his response to the much publicised Shah Rukh Khan comment is. Watch this space for more.