Hrithik's request to appear on KWK with Yami turned down? 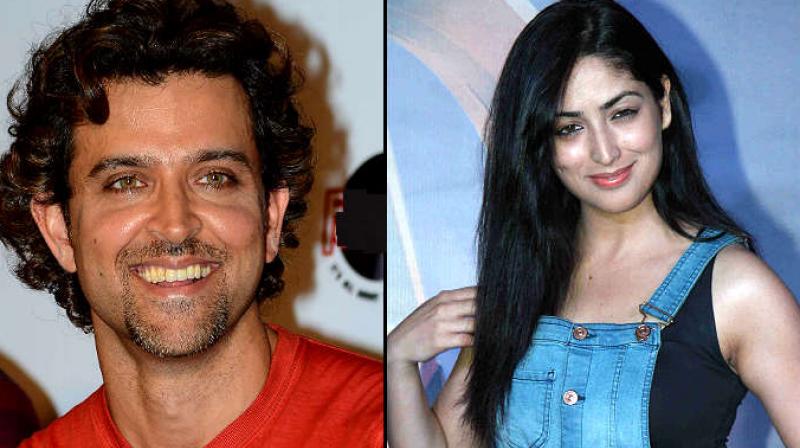 Mumbai: We often see celebrities having an enjoyable time on Karan Johar's popular chat show 'Koffee with Karan' as we see interesting pairs making an appearance together.

But the show has suddenly also turned into a platform for film promotions. The first episode of this season saw Alia Bhatt and Shah Rukh Khan promoting ‘Dear Zindagi’ and following the superstar’s footsteps is his superstar friend Aamir Khan.

Aamir, whose episode will be aired on December 18, was joined by his ‘Dangal’ daughters Fatima Sana Shaikh and Sanya Malhotra.

So what happened when Hrithik Roshan expressed his desire to appear on the popular show with his 'Kaabil' co-star Yami Gautam? His request was not-so-politely turned down.

According to a report in Pinkvilla, Hrithik’s suggestion was not accepted by the makers of KWK as they felt that Yami is not good enough to appear on the show.

Yami has a Filmfare award nomination and two Best Debut awards to her credit, way more famous than Sanya and Fatima at least. Don’t you agree?