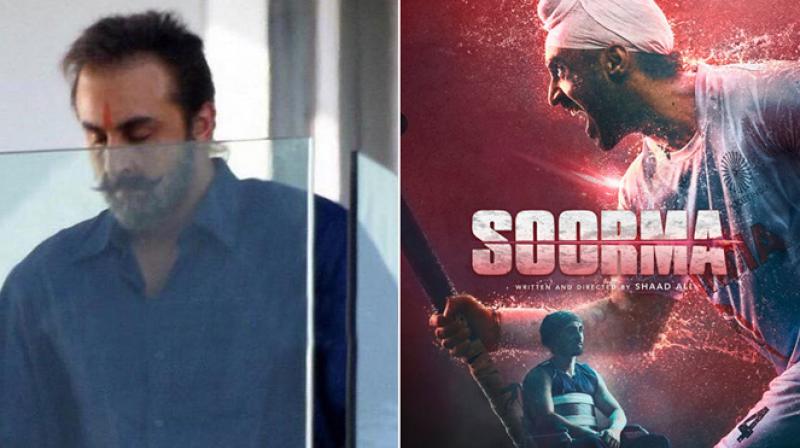 Ranbir Kapoor on the sets of Dutt biopic and Diljit Dosanjh in 'Soorma'.

Mumbai: The much awaited Sanjay Dutt biopic has finally locked the release date, which is on June 29. The movie stars Ranbir Kapoor as Sanjay Dutt, and is directed by Rajkumar Hirani.

Now June 29 was already booked for another biopic, 'Soorma'. Starring Diljit Dosanjh, 'Soorma' is based on the life of hockey player Sandeep Singh.

But reportedly there won't be a clash on that day, as the makers of ‘Soorma’ will postpone the movie to July.

While the reason for the change in the release date of ‘Soorma ‘ is yet unknown, it is assumed that the makers wanted to avoid box office fight with Ranbir Kapoor starrer.

According to a DNA report, the makers of 'Soorma' have decided to push the movie ahead and will now release it on July 6. "I'm not aware but I have heard that it will probably release on July 6, though the date is yet to be finalised. The producers will know better," the 'Udta Punjab' actor told the daily.