Deepika also highlights the role played by directors and the audience, as both are open to experimentation. 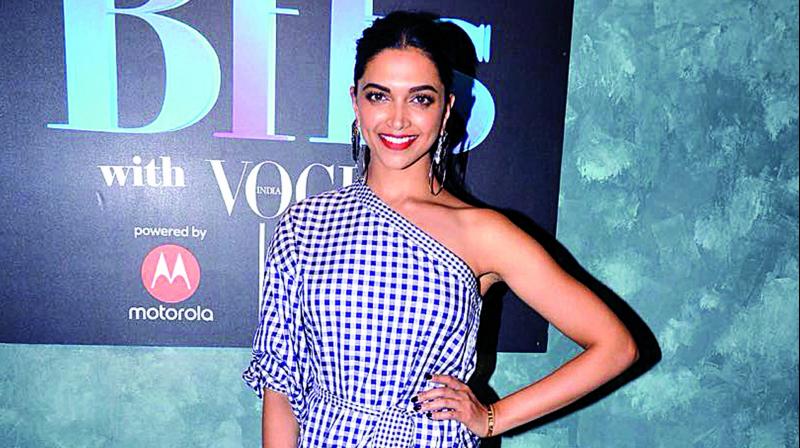 Deepika Padukone talks about turning down a film that didn't meet her pay standards, the changing role of women in the industry and her approach to gender-based discrimination.

Deepika Padukone, who has been a supporter of pay parity in the industry, recently turned down a film after a filmmaker offered her a fee that didn’t match up to her worth. The actress refused the film as the director was penny-pinching in order to pay the hero.

The Padmaavat actress says, “I would like to speak for myself in that I have been able to bridge that gap in terms of what my male contemporaries make. In a recent instance, a director offered me a film and creatively, I liked it. There was back and forth on the monies and he said that we wouldn’t be able to afford this kind of monies because he wanted to accommodate the male actor in it. So I said, tata… good bye!”

Explaining her reasons for making the decision, the actress says, “I know my track record and I know what I am worth and then his (the male actor’s) films haven’t been doing as well as mine. It made absolutely no sense and I said no to that film because it was unfair. I am ready to take those decisions for myself. Because of that I can sleep peacefully at night.”

Interestingly, a survey conducted recently stated that five films made over a budget of Rs 50 crore with women as protagonists returned 25 % on Investments as compared to the Khan films, which made 9 percent, while the real estate market made seven per cent.

When asked about her views on the survey’s findings, Deepika says, “I think it is amazing. It is nice to say ‘women-centric’ or ‘female-centric’ when we talk about female role models. But when it comes to creativity, it has to go beyond male or female.” The actress also underscores the importance of a good script when she adds, “It is fine to say that the films with the Khans didn’t work. But Andhadhun was led by Ayushmann (Khurrana). So, it really boils down to the script, but yes, I see a trend where films being led by women are doing much better.”

Deepika also highlights the role played by directors and the audience, as both are open to experimentation. “We are in a space today where directors are changing roles. There are scripts that have a male protagonist and the director says, ‘Let me make that into a female protagonist.’ Roles offered to males, being offered to a female is a huge achievement. But as a creative person, I won’t like to make a distinction.  Great content is what is really working right now. And a lot of that credit goes to the audience, as they are ready.  It depends on the kind of story that’s being told. How well the director is telling that story.  2018 was a clear verdict on that. The promo and the poster say it all. When the first trailer goes out, they (the audience) know whether they want to watch the film or not. In some cases, there are films where word of mouth has helped elevate them in the week of the release,” says Deepika.

The actress however says that she has never been discriminated against due to her gender. “Broadly I have never been made to feel less for being a woman. I never really experienced it. Maybe it’s the way I was brought up. I didn’t look at this through those lenses. Maybe there have been instances of male vs female or girl vs boy and maybe, it didn’t register. I have grown up in a family where there’s just my sister and me.  And we were never made to feel that we were lesser or could not accomplish something because we were girls. I started playing badminton at a very early age. Girls and boys played together, we travelled together and we stayed together in dormitories. We had the same issues of not having toilets or water to shower.  The issues have been the same. Maybe the prize money was more for boys than the girls,” she says.             —Sanskriti Media