In a first, power-packed performers Akshaye Khanna and Richa Chadha are all set to come together for ‘Section 375’. 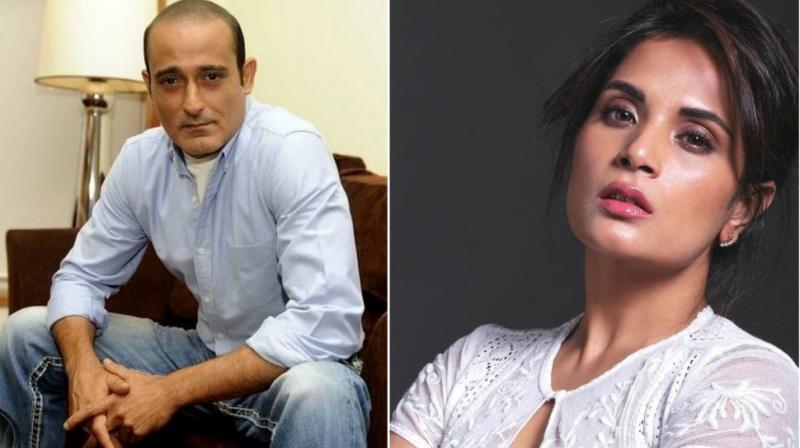 Mumbai: In a first, power-packed performers Akshaye Khanna and Richa Chadha are all set to come together for ‘Section 375’, a suspense drama produced by Kumar Mangat Pathak and Abhishek Pathak and directed by Manish Gupta, which explores the issue of misuse of rape laws in India by men and women alike. The story of the film revolves around a rape case that is so ambiguous in nature that the judges are unable to decide whether the incident was a rape or was it merely consensual sex?

In the film, the accused’s defence lawyer played by Akshaye Khanna and the public prosecutor played by Richa Chadha lock horns in court, each producing irrefutable evidence, about their own client’s innocence and the guilt of the other party, thus leaving the judges puzzled about the truth.

“Rape laws are being misused by men and women alike leaving the judiciary and police confused as to which rape case is genuine and which is fake,” informs Manish.

The filmmaker attended several hearings in court for two years as part of his research. “There are special courts with female judges who only hear rape cases. I have also met survivors, their families, alleged rapists and lawyers representing both sides,” he says. “It’s very disturbing not only for the accused and the survivors but also their families.”

Abhishek Pathak who is producing the film with his father Kumar Mangat Pathak and has produced realistic cinema like ‘Omkara’, ‘Drishyam’, ‘Special 26’ and forthcoming film ‘Raid’, said, “I have seen Manish’s ‘Rahasya’ and we thought it was a great film. We know what he will be able to achieve with this script. When he came to us, we were drawn by the idea of ‘Section 375’ and decided to back the project.”