Bappi Lahiri, who preferred to call himself Chiro Tarun, will remain immortal through his music 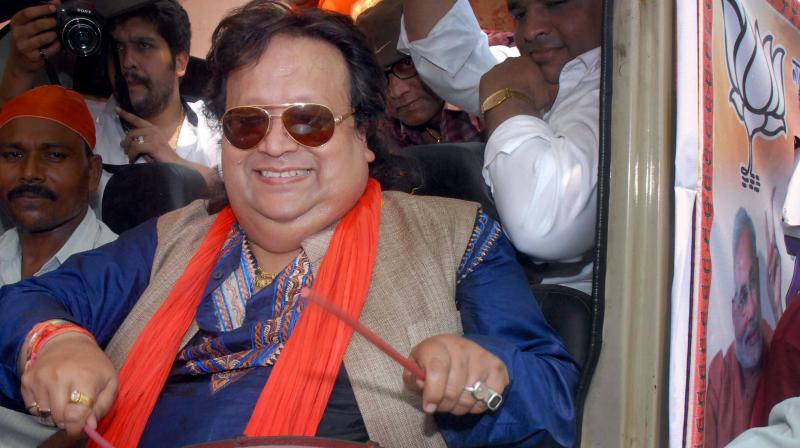 The 69-year-old had been admitted to the hospital for a month and was discharged on Monday. “But his health deteriorated on Tuesday and his family called for a doctor to visit their home. He was brought to the hospital. He died due to OSA (obstructive sleep apnea) shortly before midnight,” said Dr Deepak Namjoshi, director of the hospital.

Known best to the younger generation for his rendition of the song ‘Ooh La La’ in The Dirty Picture and for redux of songs like ‘Tamma Tamma’, Bappi Lahiri was the one who introduced disco music to India and took it to another level with his song Jimmy Jimmy Aaja Aaja. The song became famous in the Soviet Union and China too.

Bappi’s music for actors like Jeetendra, Amitabh Bachchan and Mithun Chakraborty helped their films become huge hits. He got 12 back-to-back hits from Jeetendra between 1983 and 85 and won an entry into the Guinness Book of World Records for recording 180 songs for 33 films in 1986.

Often the subject of humour for his style of dressing — velvet shirts and a surfeit of gold jewellery – Bappi was inspired by Elvis Presley. “I used to love watching him with dark glasses, a chain and a huge cross and a bracelet. I too wanted to wear something nice. When I made money, I started wearing gold and it has proved lucky for me all my life,” said the musician, who was not recognized by fans abroad on one occasion when he tucked his gold jewellery away inside his shirt.

“A few Pakistanis came to me and asked if I was Bappi Lahiri. They said, ‘we didn’t recognize you because you were not wearing gold’,” laughed Bappi.

Bappi, who also did some unusual numbers like ‘Batata Wada’ apart from a plethora of cabaret songs, was ruling the roost in the 80s till senior music directors, including Naushad, were offended by his ‘commercial’ music with ‘cheap’ lyrics after his big-ticket film Zakhmee for Nasir Hussain. In fact, Asha Bhosle stopped singing for him. But Lata Mangeshkar sang all his cabaret songs for Paapi. Asha resumed singing for Bappi in the film Ehsaas on Ramesh Sippy’s request.

“A music director had told her not to sing for me. But after that, Ashaji sang over 300 songs for me... much more than she sang for RD Burman. I was doing well and people had a problem. I don’t want to name anyone but there was a lobby that didn’t like me. I did a song called ‘Bambai Se Aaya Mera Dost’ and went on a world tour. I did many disco films from Suraksha to Disco Dancer. A big music director said ‘what kind of melody are songs like Ramba Ho and Hari Om Hari?’ So I gave a melody in disco with De De Pyaar De,” he once said.

When MJ was enamoured by Bappi da

Bappi Lahiri had once met Michael Jackson, who was left amazed with the singer’s gold Ganesha chain. During Michael’s visit to India in 1996, he met Bappi da and said that he was a fan of his song Jimmy Jimmy from Disco Dancer.

In an appearance on The Kapil Sharma Show a few years ago, Bappi had narrated the incident. “Jab woh Bombay mein aaye the, main ek jagah pe baitha tha. Michael Jackson aaye aur mera yeh gold chain, Ganpati wala, unko bohot nazar aaya. Unhone bola, ‘Oh my God, fantastic! What’s your name?’ Maine kaha Bappi Lahiri (When he came to Mumbai, I was sitting somewhere. He came up to me and noticed my gold chain with a Lord Ganesha pendant. He said, ‘Oh my God, fantastic! What’s your name?’ I introduced myself),” he had said.

Michael Jackson then asked him if he was a composer. Bappi da said, “‘Yes, I have done Disco Dancer.’ Jaise hi Disco Dancer bola, woh bole (As soon as I said Disco Dancer, he said), ‘I like your song Jimmy Jimmy’,” he added.